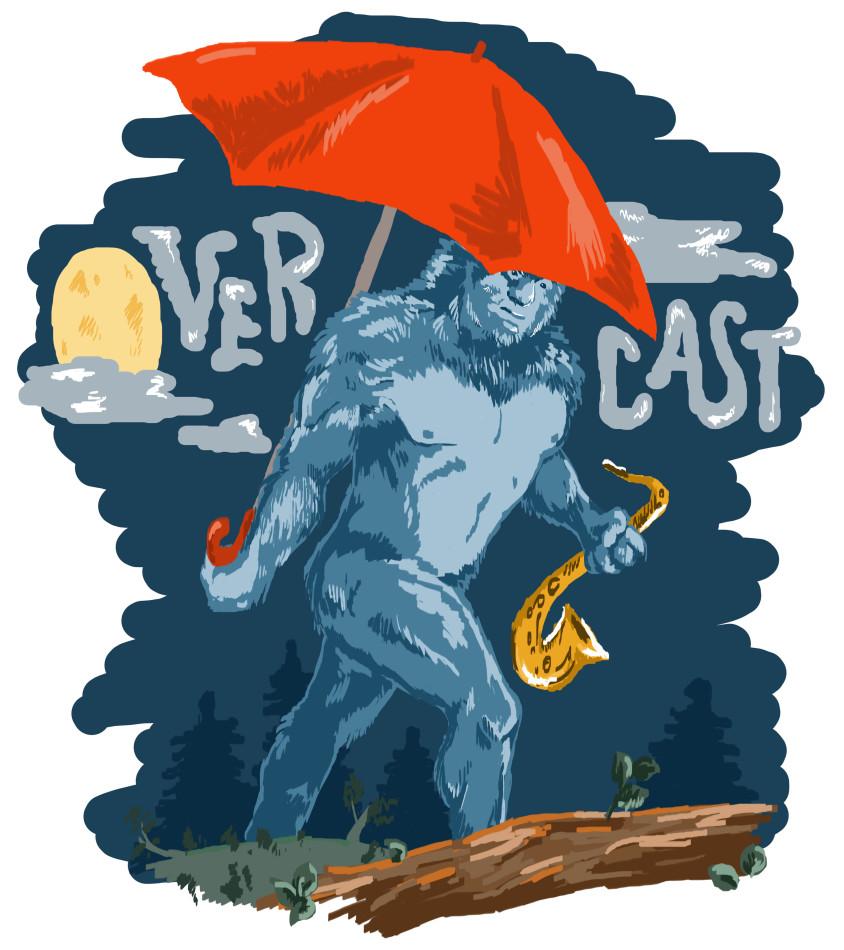 With four words and the point of a finger, Overcast began.

On a fateful fall day in jazz band, the five musicians’ paths crossed.

“[Myles Ricker] goes, ‘let’s start a band’ and points at me across the room and that was literally the moment that it happened,” Dravis said. “We kind of just got started. We decided we wanted to play one time and then we did.”

The friends’ taste in music acted as a uniting interest that tied them together.

“I think the general overtone of the style of music we wanted to make was jazz, because that was what we all had in common,” Ricker said.

For Overcast, jazz is more than a genre; it is a lifestyle.

“We all like jazz, play jazz, listen to jazz, dance to jazz,” Dravis said.

Dravis describes Overcast’s sound as a combination of both jazz and independent genres but, regardless of common tastes, each musician brings a unique flavor to the table.

“When people get in a band (and I know this from experience) you just naturally bring what your interests are to the music that you create if you are writing music,” Ricker said.

Fortunately, according to Johnston, each member also brings their own strengths.

“The cool thing about our group is that everyone is individually a great musician,” Johnston said. “Myles recorded an entire song by himself, Keigan is insane on the piano, Sam has an amazing voice, Jacob can pull these solos out of nowhere. There is no weak link; everyone is very talented.”

However, it is not always easy for so many individuals to work collaboratively together.

“It is hard for everybody to get on the same page with so many personalities; that is the whole problem. Jake is laid back, I am timid, Myles wants to get stuff done, Jacob is just Jacob and Sami is great,” Dravis said. “We might be on the same page but we are not doing the same thing or we have different ideas or somebody gets offended but that is just life.”

Although Overcast has struggled with the difficulties of operating as a band, this has not deterred them from continuing to follow their passions.

“We started being a band earlier this school year and we just got super busy. I think we got really caught up on what being a band is supposed to be like.” Ricker said. “We are just people who love to do music and that is why we are in a band.”

Ricker is not the only band mate who reciprocates this love for music.

“Sometimes you get so caught up in the whole ‘We are a band, we have to write music, we have to do all of these things’ that you forget it is just playing music and music is not hard, it should just happen,” Dravis said. “Music is what holds us together, it should not be the idea of writing music; it is just music itself.”

When making music, Overcast likes to bond over both good vibrations and good eats.

“[In a typical jam session] snacks are involved; there is sometimes tea. Eventually, after each of us play random things individually, we end up playing stuff together,” Dravis said.

While playing together, Overcast is driven by inspirations of success.

“Usually the reason we get up to jam is because we have a goal. We either want to write a song because someone had an idea or we have a gig,” Ricker said. “I think [getting gigs] is our ultimate goal.”

According to Dravis, gigs, glitz and glamour are not only an aspiration for those in bands, but for anyone.

“Why not? It is a goal for anybody whether you state it or not. In anything— if you are writing a paper or are volunteering somewhere— deep down you want to do something either good for other people or good for yourself. There is a goal in anything you do,” said Dravis.

Beyond the allure of fame, Overcast’s love for music is steeped deeply in each individuals’ passions.

“I am happier [when I am playing music] than when I am doing anything else. You cannot really explain it; it is just a feeling. There is nothing better than making music. It is hard to put in words, which is why you play music,” Johnston said.

Music does not stop at being a hobby, music can take on greater roles in a musician’s life as well.

“In terms of lifetime goals, I am going to go to college for music, I am going to graduate from a university in a performing arts degree; that is what I am going to do, whether or not it is teaching or being in a band I am going to do that for a living. I mean that pretty much defines my life, at least most of it,” Ricker said. “It is something that I am good at, something that I have worked hard for. Why did I work hard for it? Because it is fun… That is probably what music is to me: it is the thing I want to look back on my life and see that I did well.”

For Dravis, it is not the memories of music that motivate her but music’s unique communicative powers.

“I think for me, music is not something I want to look back on; it is something that keeps me going every day. Life gets tough and sometimes there is nothing really to look forward to other than music. For some people it is sports, for some people it is getting good grades but to me music is not only a way to express yourself— to show others how you are feeling— but also a way to relate to somebody else,” Dravis said. “Through music, it is not just notes, it is not just you are playing something; it is an actual emotion you can feel through music.”

Dravis is not the only one who sees this intrinsic quality of music as a form of expression.

This effect can even be seen in the way Overcast bonds over the music they make.

“We could not have a personal conversation the entire time but if we play music we get closer together,” Johnston said.

But music is not only an auditory medium, it is a performing art as well.

“There are a lot of different sides to the art that we work with. It is ocular and it is emotional and it is visual when we are performing and it is temperamental; it makes you feel, think and cringe all at the same time. Which is what is so great about art and what it is that we do,” Ricker said.

But these musicians were not merely born with their musical talents and interests. Their skills are something many of them have been developing since they were young.

“The summer before first grade I decided I wanted to play the violin. My parents bought a one-quarter sized violin for their not even first-grader and I have been playing for 13 years ever since,” Ricker said.

However these sprouting passions were not always encouraged.

“My grandma is a piano teacher. I never really took lessons but I grew up around a piano so I would hear it all the time. I would go over to her house and visit my grandparents and instead of watching TV or something I would go and sit by the piano. I would often get in trouble for playing what I was not supposed to but I started playing there,” Dravis said.

For Johnston, his music career began as a Christmas gift.

“I was six years old and I wanted a guitar for Christmas and that is how it started,” Johnston said. “Then junior high came and I joined jazz band and there I met Jacob [Watkins] who plays with us. In high school it got more serious so we did more jazz band and some of the kids from jazz band got together and that is how [the band] started.”

Starting the band is something members of Overcast remember fondly.

“Being in a band is the best thing I have ever done with my life,” Ricker said.

For some, being in a band is a source of inspiration and comfort.

“Playing music is the best thing. If you are not in a band, play music in your house. Shut the windows, close the door, play music.” Dravis said, “If that makes you feel comfortable do it, just do something that makes you happy not based on what other people want you to be.”

Happiness, expression, communication; all are reasons for one to love music but it is easy to be discouraged as a developing artist. Often times, musicians see the path to success as a daunting task.

“More often than not, the obstacle that you face is because you put it there… and the reason for that is that there is just so much room for music,” Ricker said. “In music there is so much room for creativity and adaptivity.”

Dravis cites doubt as the biggest obstacle for aspiring musicians.

In a band that started with only four words, Johnston has but two final words of advice.