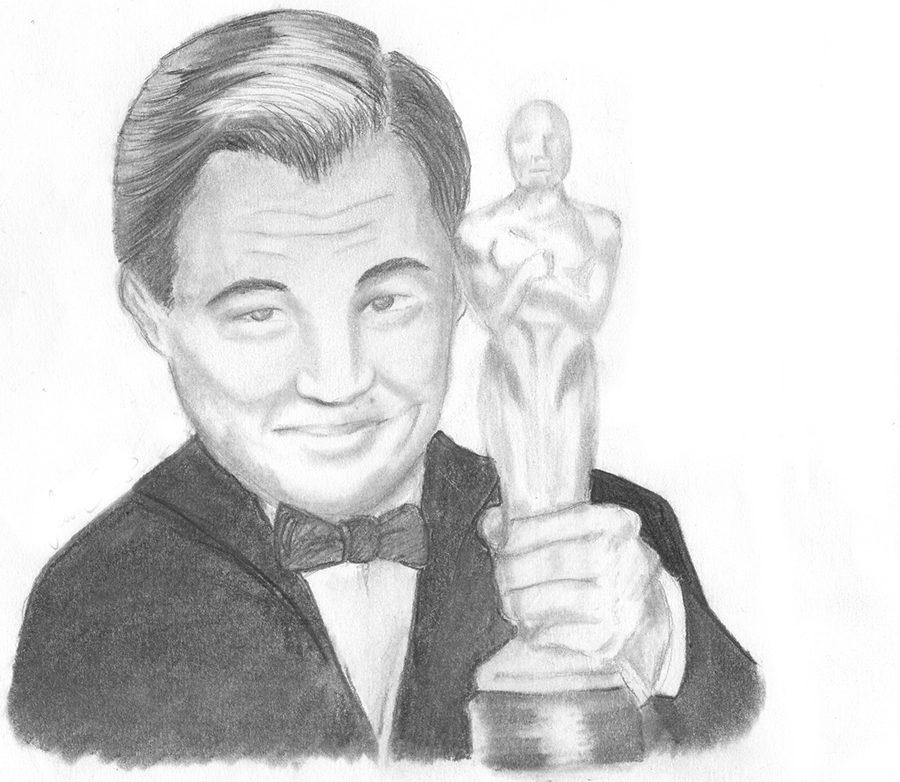 “The Revenant” is as gorgeous as it is gruesome. A thrilling tale inspired by a true story of the harsh environment of Montana that Hugh Glass (Leonardo DiCaprio), had to endure in order to survive. This is definitely a movie I would recommend someone to see.

While traveling in a group of fur trappers with his son Hawk (Forrest Goodluck) Glass and his group were attacked by a group of Indians called the Ree. After a brutal fight Glass and the surviving men are forced to retreat back to their headquarters.

During the journey back Glass is brutally mauled by a bear and left shredded in a bloody heap, with a scarce chance of surviving his wounds Glass is then left behind to die by his group. Pushing through encounters with wildlife, the Ree and an unforgiving icy environment Glass was determined to make it back alive. With sheer will power and a thirst for revenge Glass ventured back to his camp to settle the score.

In this two hour and 36 minute continuation of grunting and yelling you can experience an exciting and beautiful masterpiece of suspense and fantastic acting. DiCaprio is indulged in the soul of this film and is joined by Tom Hardy who also does a wonderful job of playing the betraying confidant of Glass, John Fitzgerald. The director, Alejandro Gonzalez Inarritu, put the cast and crew through a rough time making them travel into the wilderness of Canada and some parts of Montana to convert it into a set.

Hours of the cast’s days were spent in the chilling weather of Canada and they only used natural lighting for the film. This means that the cast and crew would travel through the snow to only shoot for a short and limited number of hours per day. This film has its fair share of breath taking sights and heart stopping moments, there are a lot of long periods of calm and slow moving pace that quickly shift into a chest pounding action that you cannot take your eyes away from.

“The Revenant” has to be one of the best directed movies I have ever seen and it is all due to the unrelenting determination of the cast and crew. DiCaprio probably suffered one of his most grueling and most physically draining roles ever having to dive in and out of ice cold water in below zero conditions and not to mention the five hours of makeup he had to go through every day before a shoot. I did not notice any sort of mistakes or things that were obviously out of place except for toward the end when a character’s blood staining his teeth magically disappears revealing his pearly whites then to be covering his teeth again two seconds later.

Other than the one flaw that I noticed I believe the entire movie was extremely solid; it packs a whole lot of action, scenery and story into every second of the 156 minutes that this movie is. I highly recommend anyone that can take a little gore mixed with someone likes a well story driven movie to see “The Revenant.”