Review: Harry Potter and the Cursed Child lives up to hype 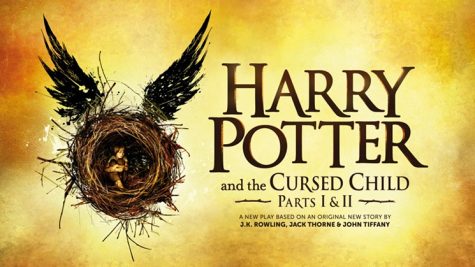 The book Harry Potter and the Cursed Child is a must-read for any die-hard Harry Potter fans. The book is a script for the play that debuted in London in late July of 2016.

The plot follows the coming of age of Albus Potter, Harry Potters son, throughout his journey at Hogwarts. Albus and his best friend Scorpius travel back in time using a time turner attempting to counteract the death of a character, which in turn causes more harm than help.

As a long-time Harry Potter fan, seeing that there was a follow up for J.K Rowling’s original series was very satisfying. I enjoyed that the story featured some of the same characters and ideas as the six-book series did. For example, the three main characters, Hermione, Harry, and Ron, are still involved. Talking pictures and magic moving staircases still made the scenes.

Although my overall review of this book falls high on the scale, it was no where near as good as the originals in my opinion. The tone was slightly different and some of my favorite characters, like Dumbledore and Hagrid, did not reappear.

I recommend this book to anyone who grew up a Harry Potter lover.