‘The Last Jedi’ cuts down competitors 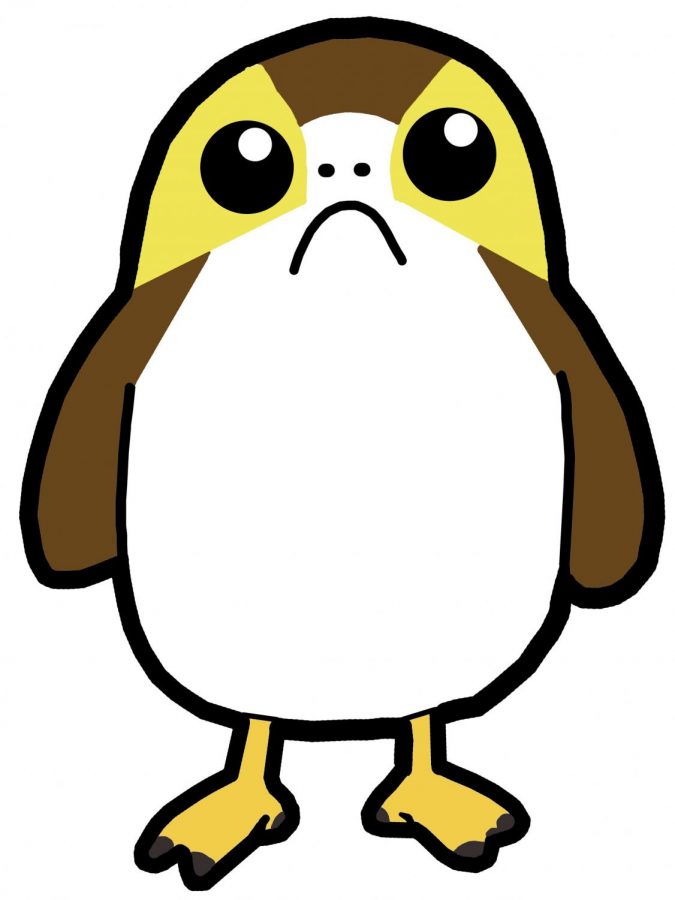 I have grown up obsessing over anything Star Wars related. “The Last Jedi” increased my love for the Star Wars universe.

In this thrilling film, Luke Skywalker (played by Mark Hamill) gets interrupted by the daring Rey (played by Daisy Ridley) as she searches for her greater purpose with the Force.  While on the isolated island, she and Luke discover a darkness that will change their lives forever.

As Rey is connecting with the Force, Kylo Ren (played by Adam Driver) is conflicted on his purpose of being on the dark side.  Kylo is leading the First Order to control the galaxy and destroy what remains of the Rebel Alliance.

“The Last Jedi” had some of the best character development I have ever seen in a film.  I love how they made Kylo so conflicted inside.  Throughout the film he struggled with deciding what side to be on, the light or the dark.

Kylo reminded me a lot of Anakin Skywalker (also known as Darth Vader) in the earlier films in the series. Anakin, not only is Kylo’s grandfather, was also very conflicted.  Kylo always said that he wanted to be like the great Darth Vader and with both having the internal conflict, his wish came true.

The most adorable part of the film had to be the porgs.  Porgs are little penguin-like creatures that live on the island where Luke lived. They make  adorable noises and help relieve the strong, intense tone of the film through humor. I wish I had one of my own that would sit on my shoulder, just like one did with Chewbacca.

The most important part of this film had to be the music. The music in the film sets the tone of the scenes. From intense to sad, the music varies greatly.  For me the most iconic thing of Star Wars, besides the lightsabers, is the music.  Even while writing this, the melodies are filling my head. It is an iconic sound that you would recognize in a heartbeat.

However, one certain part of “The Last Jedi” was just so horribly done that it leaves a sour taste in my mouth just mentioning it. If you have seen the film you probably know what I am talking about, Princess Leia Organa (played by the late Carrie Fisher) flying through the galaxy back to safety.  Not only did she magically not die during the explosion, she looked like Mary Poppins while flying back to the ship. This part of the movie seemed so fake and rushed in editing compared to the rest of the film, making it stand out compared to everything else.

Overall, I would highly recommend this movie to anyone, even the people who do not like Star Wars. This film has all that you would look for, romance, action, humor, adventure and porgs. Although the film is more than two hours, it is well worth the time.