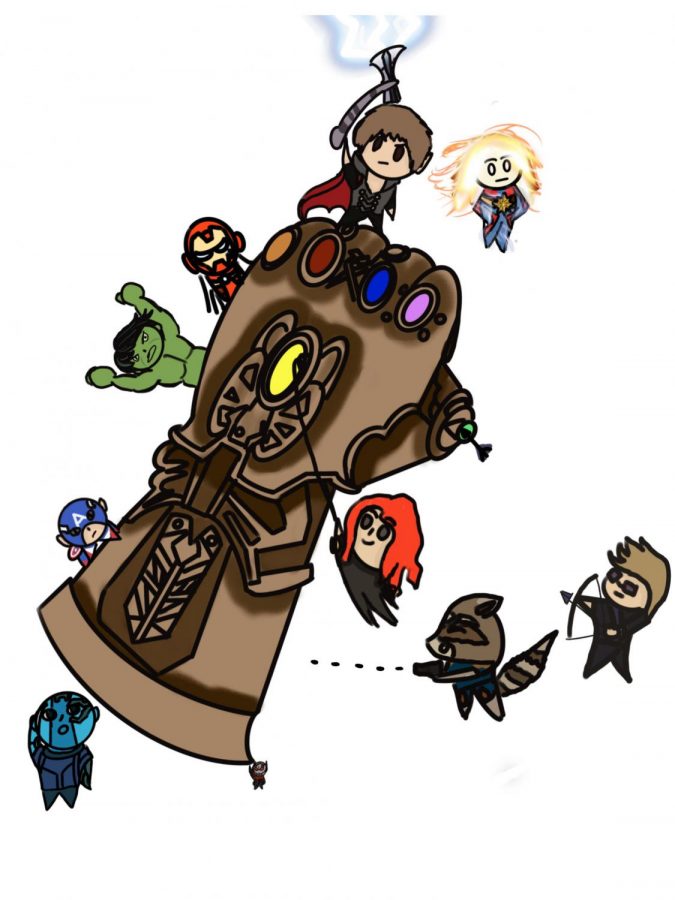 The Avengers movies started with Iron Man (2008), sparking one the greatest storylines ever to be created. Worldwide fans have waited for Avengers End Game to see the result of Thanos acquiring all six of the Infinity Stones. If you haven’t seen this movie yet, you need to as soon as possible.

The movie revolves around mostly the original Avengers such as Iron Man (Robert Downey Jr.) and Captain America (Chris Evans). They come up with a plan to take down the antagonist Thanos, who plotted to wipe out half of all life forms in the universe. The movie picks up five years from when the last one ended. The team is struggling with different stages and levels of grief. The only way the team can take Thanos down is if they work together and rely on one another.

The best part about this movie is the Avengers ; they brought the first Avengers together and took the story back to where it began. They used Captain America (Chris Evans), Iron Man (Robert Downey Jr.), Hulk (Mark Ruffalo) and Hawkeye (Jeremy Renner).  The chemistry between the actors really helps bring the movie together. They’ve been working together for years and know each other on and off of the set. At the end of the movie during all the Avengers assemble and work together in a fight. The chemistry between Captain America and Iron Man brought this movie together and made it intriguing.

There wasn’t any noticeable mistakes made, the only bad part about the movie is most of the new Avengers didn’t play a big role in it. Because this may very well be the last Avengers with these actors they should have let the newer Avengers play a role with the original ones. The newest Avengers such as the Guardians team and Black Panther were almost afterthoughts

Overall, this has to be the best movies ever made. It is three hours and two minutes long and starts slow but is worth the wait. There is a lot of action, fighting and quite a confusing storyline but still easy enough to follow and understand.