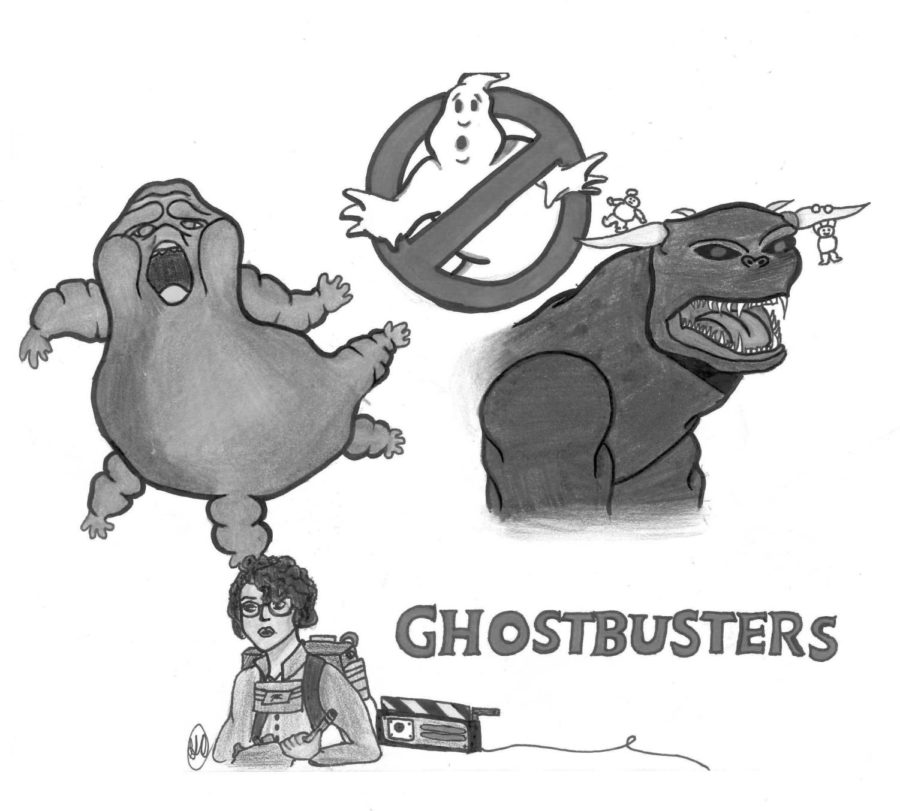 “Ghostbusters: Afterlife” is the newest installment in the Ghostbusters series that was released Nov. 19. I really enjoyed this movie, and despite the shortcomings of the film, it was a delight to watch. This film was a wild ride, with loads of comedy, as is typical of the franchise.

The movie quickly skyrocketed its way to the top of the box office list, surpassing films like “Venom: Let There Be Carnage,” “No Time To Die,” “Dune” and “Encanto.” Ranking in a $44 million gross in its first week of release, “Afterlife” attracted many viewers, mostly of an older audience, who were in their adolescence when the first movie came out, as well as pulling in younger audiences, with this new and popular cast.

At the start of the movie, we meet Callie (Carrie Coon), a single mother trying to make ends meet. Her children Phoebe (Mckenna Grace), a kid genius and Phoebe’s older brother Trevor (Finn Wolfhard), who wanted to fit in with the crowd. Their mom moved them to a run down house that their absent grandfather used to own. While adjusting to living in a new environment, Phoebe discovered the basement of her estranged late grandfather, linking her and her family to the original Ghostbusters and their legacy. This discovery sets off a chain of events that lead to all hell breaking loose… literally. Now, it is their job to stop the forces of evil from escaping into the living world.

There was a noticeable amount of comedy and a light hearted vibe despite the action-packed plot. The computer-generated imaging for the different ghosts was actually pretty intricate and they had this wispy effect that made them vibrant, while also looking like they were dissipating and had just enough of an animated feel to not look scary but just a bit creepy. The choice of actors was fitting, with Paul Rudd playing Mr. Grooberson, Phoebe’s summer school teacher and the lovable dork, who added comedic relief every time he appeared on the screen. As with Grace, she is great at playing the extremely smart little girl, like in “Young Sheldon” and in “Gifted.” Wolfhard playing Phoebe’s brother, was a great choice for the stereotypical moody teenager, who wants to fit in, and have a “normal” life.

Something that I didn’t expect was the emotional roller that came with the film. Near the end of the movie, things got emotional and I felt the strife presented on-screen. It was such a heart-warming scene and I could feel the love almost through the screen.

The plot timeline was not really my favorite thing. It had a rough build up to each event, and felt a bit rushed. The characters didn’t really get a chance to develop their relationships with each other. For example, Callie and Mr. Grooberson’s relationship. It all felt rushed, and they got pretty close rather quickly.

Overall, this film is a perfect family film, filled with fun, action, comedy and spooks. The end of the movie was an interesting choice on their end but a fulfilling one nonetheless and not really too exciting, but a pleasant ending to a classic story. For anyone looking for a film to watch around Halloween or Thanksgiving, I would really recommend this movie. However, if you are an O.G. Ghostbusters fan and seeing if this film lives up to the expectations and legacy of the past movies I have to say that, while it is a good film, it doesn’t quite meet the expectations that one would have of the Ghostbusters movies.