SHEBEAR sounds off in EMP contest 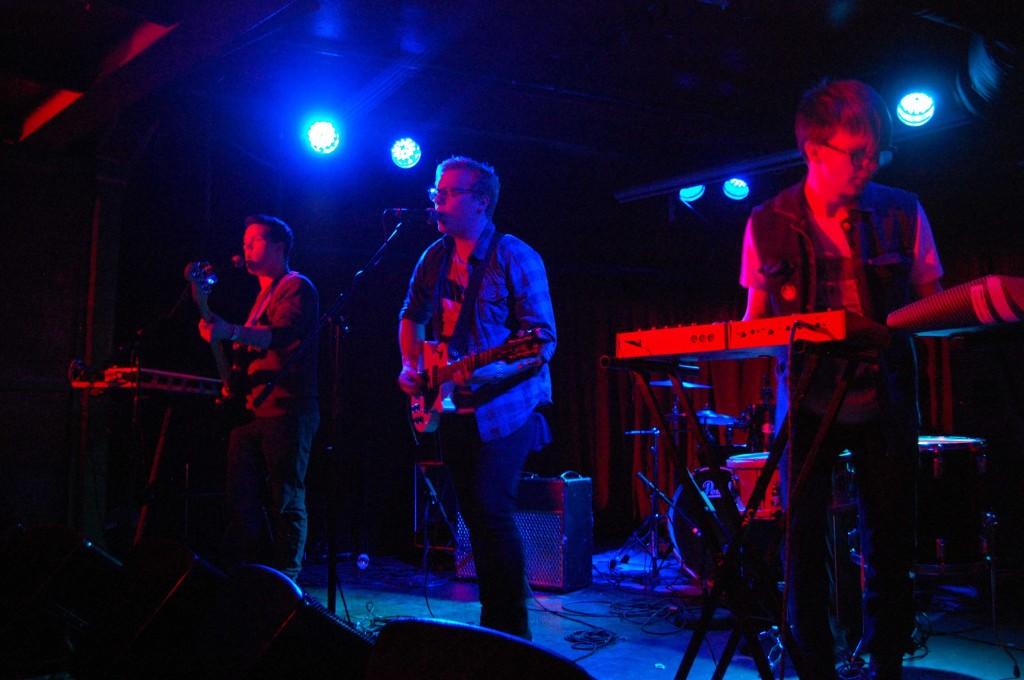 Out of around 160 entries, 12 bands are selected by a panel to compete for the chance to win. According to Jessica Reed, program coordinator for Sound Off!, those bands will compete on three nights. The winner of each night, along with a wildcard band, will advance to a finals round March 2.

This year one of the bands will be senior Evan Bedlion’s SHEBEAR.

PHS alumnus Tobin Risser, who plays bass in the band, says their style is ambient-indie-dream-pop.

“Our goal is to create a music that everyone can relate to. Our music is like indie dream/[synthetic] pop,” Bedlion said.

The band is comprised of four members: Rogers alumni Jeffrey Anderson on vocals and guitar, Risser on bass, Tacoma School of Arts senior Cody Kissner on drums and Bedlion on synthetics.

SHEBEAR got together last July by what Bedlion and Risser describe as a happy accident. What began as a few friends messing around with music matured quickly into music they were comfortable sharing.

“Evan Bedlion and I both play music at our church and one day he told me that he bought a Micro Korg, which is a synthesizer. I told him that we should hang out and make some synth-dance music. We got together one day and jammed for a little bit. It went pretty well so we jammed a couple more times until we actually came up with some skeletons for a few songs,” Risser said. “That was when we had our other friend Jeff play guitar with us. After we all started making songs we realized that the music was evolving and becoming better.”

In the beginning the band called themselves Weekend Wars, named for MGMT’s hit song. The name wouldn’t work out for several reasons. The name was difficult to market, according to Bedlion, since it was a popular song and two other bands also claimed the name.

“After a while of being Weekend Wars, we became pretty tired of it,” Risser said. “SHEBEAR came about when Evan was talking with some friends and the term she bear came up. He texted the band the new name idea and we were all pretty skeptical at first. Then after about 15 minutes of thinking about it, we all started to love the name.”

The name occurred to Bedlion during a Bible study, originating from the verse 2 Kings 23-24, which says “He went up from there to Bethel, and while he was going up on the way, some small boys came out of the city and jeered at him, saying, ‘Go up, you baldhead! Go up, you baldhead!’ And he turned around, and when he saw them, he cursed them in the name of the LORD. And two she-bears came out of the woods and tore forty-two of the boys.”

From there the band would continue to grow and share their music. They booked shows both through spreading the word and letting people contact them for bookings.

“[Bedlion] is the connector and networker. He contacts a lot of venues, but we have also had quite a few people find us and ask us to play,” Risser said.

Bedlion writes the lyrics and Anderson ‘tweaks’ them for rhythm and rhyme.

“It’s weird knowing people like what I make,” Bedlion said. “I hear the songs in dreams and write them down in the morning.”

When shooting their first round of album photos, the band went outside and covered their bodies in clay, according to Bedlion.

In November the band decided to submit the four songs, [two good and two not so much, according to Bedlion] required to be considered for Sound Off!.

SHEBEAR will be in round 2 of semifinals Feb. 16.

According to Reed, the winner will be determined by a panel of diverse judges. The wild card is decided by EMP’s Youth Advisory Board (YAB), picked from the second place winners each night. The YAB also screens the original entries to determine the contestants.

Reed was able to provide clarification on the processes used to determine the winners.

“Five different judges will be onsite at each Sound Off! concert. Those people represent different facets of the music industry such as DJs, bookers, music journalists, label representatives, musicians, studio owners, producers, and former Sound Off! Participants,” Reed said. “These five judges score bands in the categories composition and arrangement, creativity and originality, technical ability and musicianship, and audience satisfaction. Scores are added up at the end of the show and the winner is declared.”

The bands competing come from diverse genres and geographical areas, but for all Sound Off! is a great opportunity for bands to get their names out in the music world and to gain exposure to other musicians.

“At the beginning of the night, you can usually tell who is there to see who, but by the end of the night it’s harder to distinguish,” Reed said. “Bands win people over and the energy is very supportive. In one night you might hear hip hop, folk, indie rock and electro pop- the variety onstage is palpable.”