Band Changes, Spirit Does Not 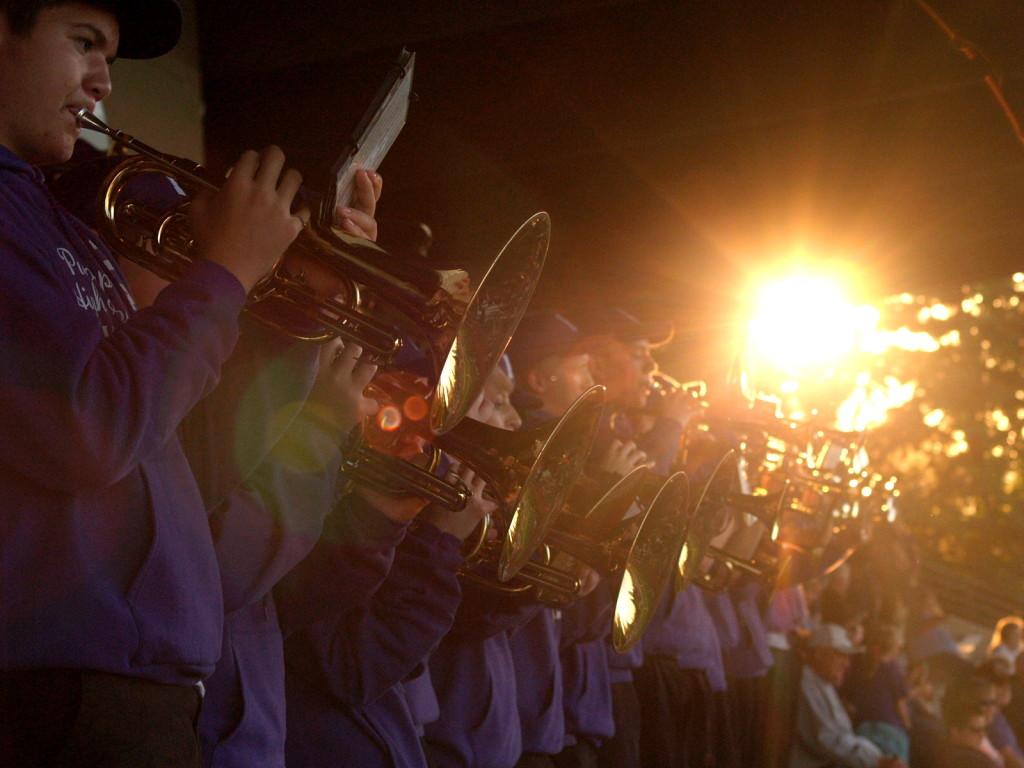 For over a century, band has been representing Puyallup High School at sporting events, contests and festivals.

When Eric Ryan first became the band teacher, the band program had less than 100 students. Now more and more students are participating and becoming involved in band.

“When I started here in 2000 there were about 98 people in band and this year we have 140. We have been bigger; there have been a couple years when we have been 160. More students are staying involved in it,” Ryan said.

One change that band faced last year was the loss of their uniforms. The old band uniforms were old and unfit to be worn, according to Drum Major Gabi Touriel. Now the band wears sweatshirts, slacks and baseball caps during parades and sporting events. Touriel explains this change.

“It was last year that we got rid of the uniforms because they were all so old and they were falling apart. The district actually took every school’s uniforms, so we have to wait for them to supply all the schools with uniforms again,” Touriel said.

The band has been consistent in attending various annual contest and events. Every year marching band takes part in the Daffodil Parade.

“Every year our jazz band goes to a jazz festival called Clark’s Creek and it’s down in Vancouver, Wash. You get the opportunity to play along side some of the best bands in the state and even the nation,” Watkins said.

The band has undergone very few changes except for one major change: the transition from morning classes to afternoon classes.

“One of the biggest changes, which initially I didn’t think was a big deal, but now is kind of a big deal is that band is in the afternoons and it used to always be in the mornings,” Ryan said. “Now that we are in the afternoons students have to really juggle their Running Start schedules. That’s made it trickier. It’s doable but it’s not ideal.”

Many band students hope for consistent growth for the band. Not just growth in size, but growth in spirit and unity.