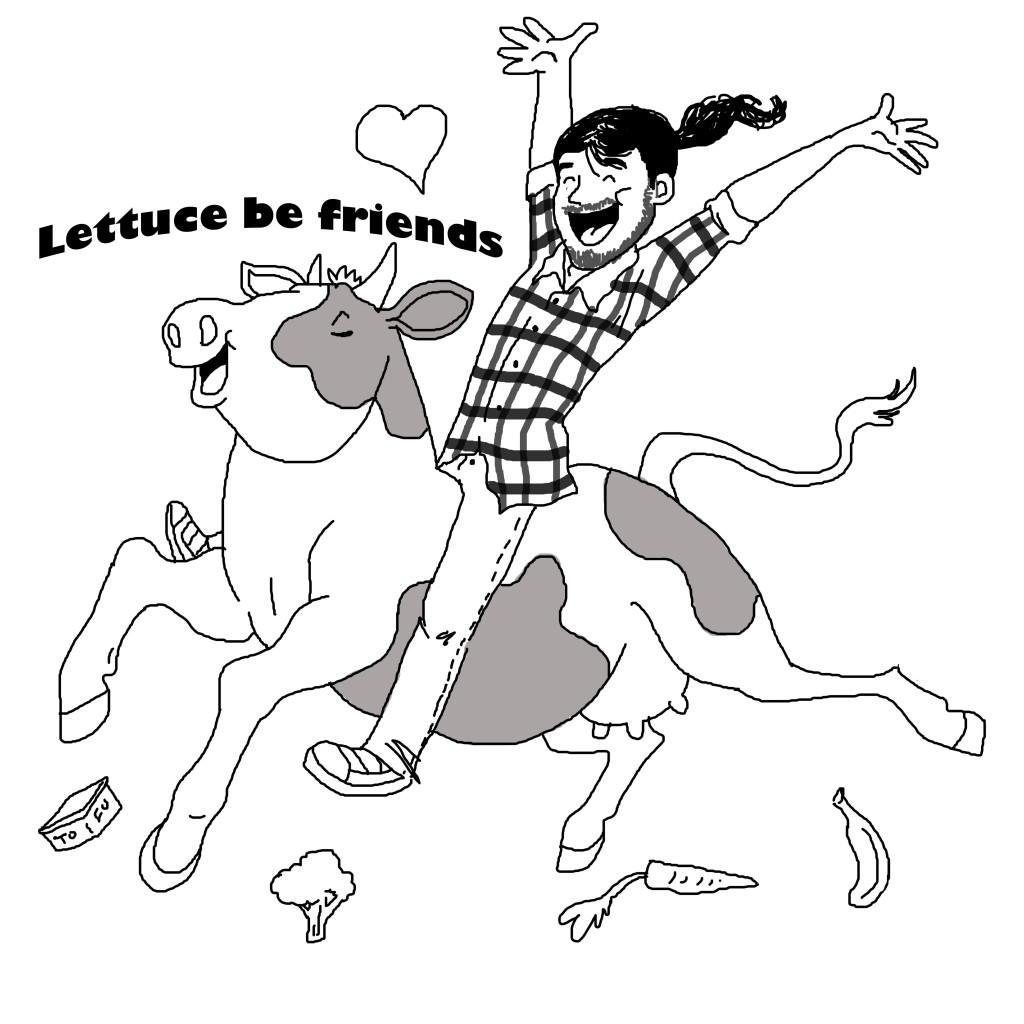 For many people the concept of cutting meat, eggs and milk out of their diet is difficult to imagine. Although it might be hard to say goodbye, such is the reality for those who chose to be vegan.

“The benefits are that [vegans’] health is better. There is less risk of heart disease, diabetes and cancer,” consultant dietician Fay Tong said. “Generally, people who are vegans are very conscious of their health and they eat less junk food and foods with preservatives in them. They also watch their weight and exercise.”

Those who are on more high-protein diets will also need to make sure they do not eat too much meat as the excess protein can lead to destruction of the kidneys. People who are vegan do not have that issue but can still have health problems and because of this it is necessary to take supplements such as B12, iron and zinc.

Eating meat, especially ones with high amounts of fat, will increase one’s endogenous synthesis of cholesterol (meaning their own bodies makes more cholesterol) which is correlated with heart disease and cancer, Tong explained.

“Also, if you have kidney disease, your kidneys can not filter the extra protein that is being ingested. Europeans ban our meat products because we put too much hormones in our cattle,” Tong said. “Meat generally has more calories than vegetables. Vegetables have less calories, more fiber and more phyto-nutrients, which help the immune system.”

Senior Mariah Katzberg has been vegan for six months in addition to having intolerances to egg and dairy.

“Because I am a female athlete I take iron supplements. B12 can be added to a meal by nutritional yeast and I also supplement vitamin D,” Katzberg said.

Although some nutrients are a little trickier to come by, it is not as difficult as it seems to get all of them.

Art teacher Dorrie Coleman has been vegan for six months.

“Protein is really interesting because almost every plant is high in protein. People do not think about that but the more you cook something the less protein you get from it,” Coleman said. “I could eat five potatoes in one day and get as much protein as anybody else is getting eating chicken or fish or beef in one meal. My family [asks], ‘Are you getting enough protein?’ I am absolutely getting enough protein.”

Coleman is a plant-based vegan, which means that she does not eat processed foods such as Tofurkey like some vegans do.

“I know that following a plant-based diet is correlated with longevity and less diseases associated with meat, poultry and other animal sources of protein,” Tong said.

However, the benefits of this diet are not limited to just health. According to Coleman, it is cheaper to consistently buy just vegetables and healthy items than to be susceptible to the temptations of unhealthier impulsive purchases.

“I find that you can be vegan really easily because you are eliminating three-quarters of the store. I stick to one corner of the store and am there for maybe 20 or 30 minutes,” Coleman said. “It has lowered my shopping bill considerably. I used to spend $20 a week on fast food and then $100 a week in normal groceries that were not incredibly healthy. Now my grocery bill has gone down from $100 a week to being between $25 and $40 a week.”

But on days when home cooking is not available, eating can be difficult due to the fact that not all restaurants offer vegan food.

“[Being vegan] has affected my lifestyle a little bit in that family does not quite understand why I would go to such extremes,” Coleman said. “Going out to eat, socially, is a little bit more difficult because there has to be a little more planning ahead. Thank goodness for the internet because you can look up restaurant menus and find out what ingredients they use before you go in.”

Although the frequently unavailability of vegan dishes is a problem, the blow is softened a bit by the fact that more restaurants and stores have begun offering vegan dishes.

“I think being vegan would be more difficult if I did not already have an allergy to dairy and egg; I am not tempted to cheat and eat these foods. In the last year I have noticed that there are many more vegan options becoming available,” Katzberg said.

Tong recommends that if one is looking into a vegan diet to either talk to a dietician or research it. The vegan diet, like any other diet, can easily be maintained and be healthy so long as one is sure to eat enough food and to eat nutritionally.