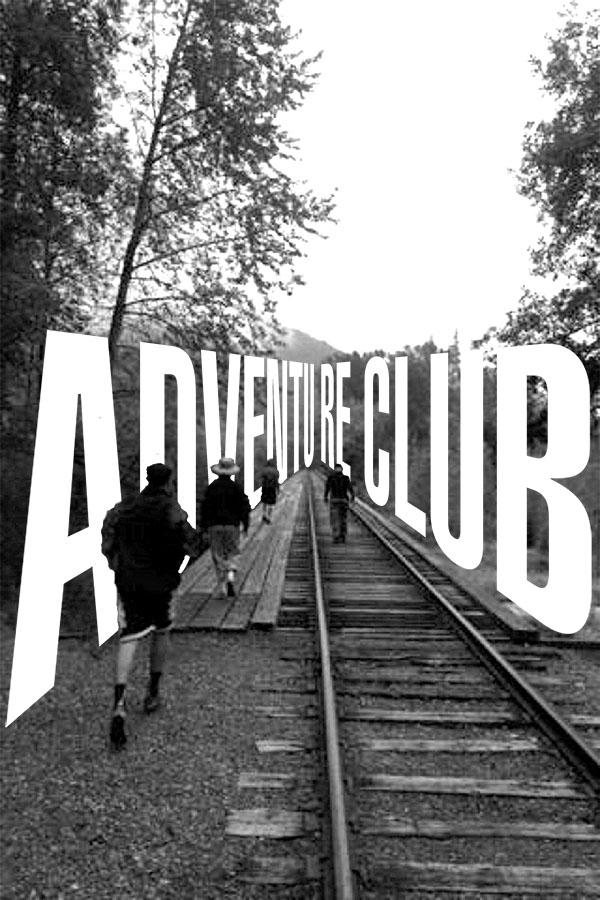 A chorus of ‘me too’s filled the room as the members of the self-named “Adventure Club” made impromptu plans to go snowboarding that day.

Last summer, seniors Derek Faber, Nick Gallucci, Tyler Patnode, Kyle Hendricks, Chris Helle and Logan Fitzgerald banded together to make up the “Adventure Club,” a group of friends that get together to hike and experience the outdoors.

Faber explained how the group came into existence.

Their first hiking trip as a group was from Paradise to Camp Muir on Mt. Rainer, a 10-mile hike.

“Camp Muir was pretty wild,” Faber said. “The hike was in the middle of July in the snow for five or six miles in the beating sun, shirtless.”

Patnode went on to explain the effects.

“All of us got pretty nice sunburns,” Patnode said.

But sunburns did not stop them from enjoying the hike.

“There was snow so for the way down we brought trash bags. We used them as sleds. It took like six hours to hike up and 30 minutes to get back down,” Hendricks said.

Since hiking Camp Muir, the group has hiked to many different locations around Washington.

“We have also hiked Mt. St. Helens, Mailbox Peak, Fisher Lake and we stayed at my cabin on the Sound,” Fitzgerald said.

The group is spontaneous with their activities.

“If you know exactly what you are doing, exactly where you are going, is that still an adventure?” Faber said.

The club’s biggest adventure yet came from their excursion to Fisher Lake in July.

“It was like an hour drive off the highway down a gravel logging road into the middle of nowhere. At the trailhead, it was us and one other car parked,” Fitzgerald said. “We began our hike from that point.”

Gallucci went on explain what happened when they departed on the trailhead.

“We hiked about 10 miles out into the North Cascades,” Gallucci said. “We got lost in the wilderness for like two days.”

Getting lost turned out to be an interesting experience for them.

“It was pretty crazy. We were trying to find Jade Lake. After five hours of wandering we found a lake, which we found out is called Fisher Lake,” said Hendricks. “Tyler was supposed to meet up with us at Jade Lake later so we were actually hoping he would not come because we could not even find Jade Lake.”

Even though they did not make it to Jade Lake, their adventure was not ruined.

“The whole lake was to ourselves, it was really beautiful,” Helle said.

At Fisher Lake the group made camp for the night and took precautions.

“There were bears out there. The trees were all scraped up on the bottom,” Helle said. “We tied up all our food but we accidentally left a bag of beef jerky under our tent.”

Gallucci chuckled in response and explained the jerky incident.

“It was under my pillow. I kept it to eat it at night,” Gallucci said.

As it got darker, the group became more concerned about Patnode.

”We figured if we did not meet up with Tyler by 10:30 that night that we would either never see him again or he just did not go,” Fitzgerald said.

While the others camped out by Fisher Lake, Patnode and Evan Bedlion, a 2014 alumni, had made it to the trailhead and started to search for the group.

“Evan and I were lost by like 9 o clock. It was dark by this time so we started yelling their names to try and find them,” Patnode said. “We heard a Coyote noise so we grabbed rocks and ran back to the car to sleep.”

In the morning the large group realized that Patnode had come looking for them.

“We were all worried because we had barely any reception and we received a message in the morning from Tyler that said ‘on my way’ from the previous night,” Hendricks said. “We were like, ‘oh god he is out here lost in the middle of nowhere.’”

The group packed up and started heading back.

“Twenty minutes into our hike back we hear a faint yelling that sounded like Tyler. So we start screaming ‘Tyler’ and he yelled back,” Faber said.

Finally, the group was reunited.

“It was in a meadow,” Fitzgerald said. “We dropped our bags and ran towards each other and had a warm embrace.”

Despite the troubles along the way, the club agrees that Fisher Lake was their biggest adventure and most memorable experience.

This group has become about more than just hiking.

“Adventure Club is based upon the motto of making things happen,” Patnode said. “Its about not using this life as a waste but as something in which to make memories.”

Adventure Club has also become a way for good friends to get together and has become especially important with college close on the horizon.

“[We do these things because we know] that once college hits, we are going to be going our own ways,” Faber said. “Just being with lifelong friends is great because we do not know if we will see each other next year.”

Hiking is an escape from the every day world.

“It is kind of a nice place to escape the school world. I mean you can hang out at home but you go outside and it is a whole other world,” Faber said.

Gallucci agreed with that idea.

“Here in town you are under constant surveillance but out in the mountains anything goes. You can do anything and no one will say a word,” Gallucci said.

As for the future, the club remains optimistic.

“There is a list of things we want to do this summer,” Gallucci said.

The list includes several more hikes around the northwest.

“We are thinking about the Wonderland trail, which is about 10 days. We’re going to do Mt. Eleanor and the hot springs are high on the list,” Faber said.

They went on to explain the final dream of the group.

“We are going to be California beach bums,” Hendricks said.

“We are going to go down to southern California and live on the beach for like two weeks,” Gallucci said. “Not bring any money, just hitchhike and have an adventure together.”