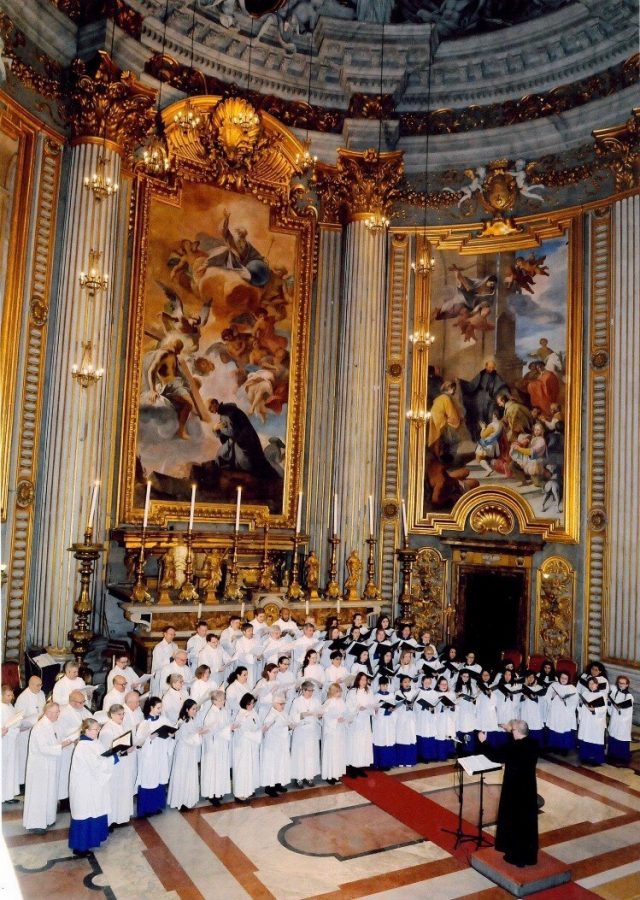 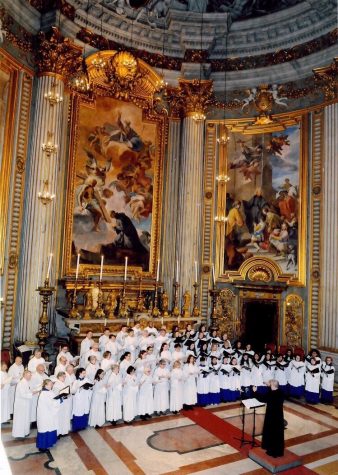 When she was five, Joelle Joosten was asked to join a choir camp at her church.

Although she was reluctant at first, Joosten says it was this experience that led her to remain in the young women’s choir at St. James Cathedral for the next 13 years of her life.

But soon, she will be leaving it behind.

In this choral program, her twin, Sophia Joosten, and her have been taught advanced musical skills from a young age.

“Ever since we were nine, we were taught to sing college-level music. The director is amazing; she works magic,” Joelle Joosten said.

Joelle Joosten said her entire family is very musical, her parents being the ones to encourage her and her siblings to pursue different instruments. While her sister found an instrument she loved from the start, Joelle Joosten says she took long to find one she connected with.

“My parents were like ‘We should have an orchestra theme!’ So [with], Sophia, my twin, they were like ‘Well, she has long fingers, she would be good for the harp, she has that kind of artistic bend.’ For me, they were like ‘You’d probably be good for the cello,’ so I tried it out,” Joelle Joosten said. “Before that, I played [the] piano. I really didn’t like it. I didn’t like playing a few different clefs, that was really hard for me. I got to the cello and I just loved it. I’ve been playing for seven years now, and I’ve been in the Tacoma Youth Symphony for a while.”

Sophia Joosten says her sister has always been a person who is dedicated to music.

“She’s someone who gets things done. She knows how to get it done, right on time. [She’s] very factual, trustworthy and responsible,” Sophia Joosten said.

Joelle Joosten says being in choir has allowed her to have many experiences that have shaped her life.

“[Being in choir] is like growing faith, relationship, community and art all at once. We had this great experience last year where we went to Rome on a pilgrimage to sing. We all were there for two weeks. We sang at the Vatican, we sang in Sienna and we went to Florence. It was a pretty great experience, especially to do something like that with all of our friends,” Joelle Joosten said.

The highlight of her trip to Rome was singing in the Vatican.

“[I loved] singing in such an amazing place in the Vatican, which is where the core of the Catholic Church [is]. Just being there with all of our friends and just singing what we’ve grown up singing was just an amazing experience,” Joelle Joosten said.

In addition to the Rome trip, Joosten says she loved being about to go full circle n the program and volunteer at choir camp.

“Interacting with the kids, organizing activities for them and getting their food together, it was the little things [that made it special]. Going full circle, serving, seeing the other side of our camp and watching all the kids grow in experiencing music like I did when I was younger [is] a great memory,” Joelle Joosten said.

According to Sophia Joosten, growing up in the choral program has brought them closer together.

“[With] all the hours driving to get there, to come back and just learning the music together and practicing at home, all the events we went to, definitely [we are closer],” Sophia Joosten said.

While she hasn’t had to leave the choir yet, Joosten knows the ending is near.

“It’s going to hit me all at once. It’s one of those things where I’m thinking ‘Oh, I can’t really comprehend it until it happens.’ It’s going to be hard,” Joosten said. “But I think it will be a bittersweet kind of thing.”