Have you been looking for a new place to hang out with your friends?

Maybe a new place to sit down and grab something to eat?

If you answered ‘yes’ to either of those questions, you should check out British Bites. Located in downtown Puyallup and five minutes away from Puyallup High School, you can find a variety of different British delights.

Owner and Manager Lori West say they took over the shop to keep the English traditions alive in Puyallup.

“There’s a lot of British people in the area, you just don’t really hear them or see them… there’s a demand for British goods in the area. Plus, you have a lot of American people that have spent time in England or just curious about England,” West said.

On their menu you can find many British delights such as pasties — which originated in England, soups, sandwiches, biscuits, scones with clotted cream and jam and many more tasty treats. West said that most of the items they carry on their menu are made from scratch.

“As far as the grocery section is concerned, we basically have just brought in fun stuff. We do the afternoon teas, and that goes back a long time historically… a lot of the things or recipes we do here are old medieval recipes,” West said.

The bakery was originally started by an English dissented lady in 2013 and faced a change when West purchased it in 2018 after working there for some time.

“It was already here but my husband’s English. I’d always wanted some kind of tea shop and I started working [at the bakery] part time,” West said. “I was a dental assistant full time, and I just did the weekends here and then the English lady who owned it wanted to sell, she offered to sell to me, and we purchased… he actually went to [study] culinary arts in Bath England, where he’s from so he has some of the skill sets already.”

West said her experience with the shop and community has been good so far.

“I’m a people person, I like to meet people from all over the world. We really do get a lot of people from all over the world that come in here… We’re a small business, my employees become family to me. I have a lot of kids myself, so I get to have them here with me, and it’s just been really good- customers, the area, the community, everything’s been really good about it,” West said.

West said one of her favorite things about owning the bakery is getting to meet people from England.

“I like the baking, and honestly when we get new customers, that’s really fun. When they come in here and they see all of the stuff in the grocery store from home… you’ll see grown men skipping in so excited…” West said. “British people are very passionate about their snacks from home… I would say that’s when I feel the most accomplishment, is when I get to see the British people in the neighborhood get excited.”

Along with the pandemic being a problem for their bakery, West said importing has been a constant struggle.

“Because we import, that’s always been a struggle. It’s not easy to do, there’s a lot of people that have to be involved for maybe just one small palette… You can’t make everybody happy and you have to just accept that sometimes… The pandemic was really a big struggle. Having to close down, not serve, do take away… it was definitely a giant leap away from what we were used to,” West said.

West says even if you’re not big on British stuff, you should still pay a visit.

“Come and see us. Maybe some people don’t have interest in British stuff, but I would say come in and see us,” West said. “We’re big on community and a lot of people, even though we’ve been here since 2013, everyday people come in and tell us that they drive by here every day and never noticed us… we do after hour parties, we do afternoon teas, we could do custom orders, we can’t cater but we can supply you for your events… Puyallup has been my community pretty much my entire life and that’s why I’m happy to bring a little bit of Britain to the Puyallup area.” 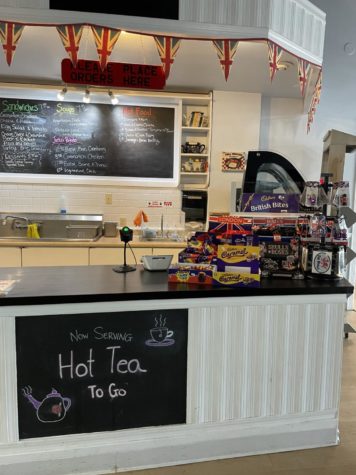 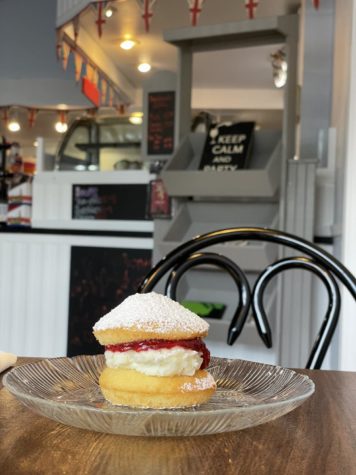