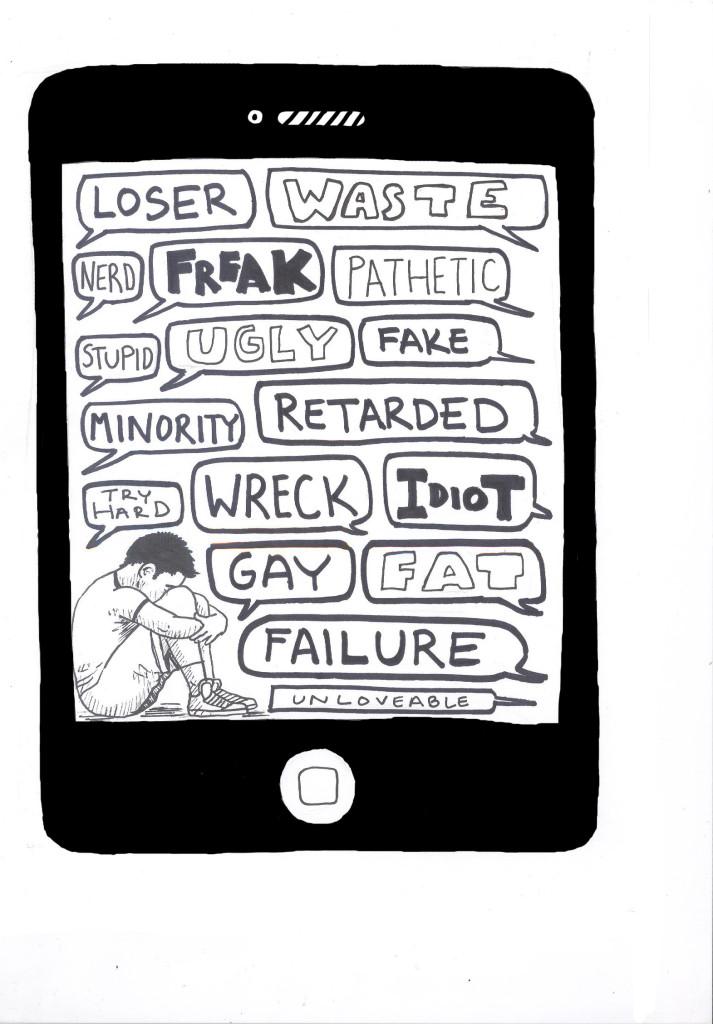 It is no doubt that social media is a huge part of this generation’s lives. Kids spend huge amounts of time looking at their phones and computers and it is affecting how they behave.

The social media sites act as a form of self expression and a way to journal daily lives but at the same time they have bred passivity. An example of this is ‘subtweeting.’

“[Subtweeting is] tweeting about someone or something but not directly mentioning what you are talking about,” sophomore Maris Mastrorocco said.

People also tend to forget that they are interacting with actual people.

“I see [subtweeting] daily and all the fights,” sophomore Gabby Gallucci said. “Friendships are being broken apart because of something that is said and they can not tell if it is being truthful or not. Some people will say stuff but they do not want the whole world to know but yet they are letting them in that action [of subtweeting].”

Another fact often overlooked is that people are opening up to others that they might be seeing every day at school.

“A lot of people that I know are a quiet or really polite person but then you see them on social media and it is like a whole different side,” Gallucci said. “It [can be good or bad] because some people open up more but then again, some people open up in the wrong ways like attacking others and using profane language.”

A common occurrence is how people show new facets of their personalities that are displayed nearly exclusively online.

“People act so tough on social media,” Mastrorocco said. “On the Internet you can be someone totally different. You can lie online so easily. In real life you can be really boring; you have to be yourself.”

Although the formation of online identity may be beneficial as people get the opportunity to adopt personalities that may be stifled in normal life, frequent Internet use itself is impacting how people socialize. Every social outing gets its own photo shoot and is posted to Instagram, Twitter and Facebook. People will have their friends in front of them and their attention on their phone.

“Kids get on the Internet and they become so accustomed to it that they are always on their phones,” Gallucci said. “I feel like kids spend way more time on social media than they should.”

Cell phones have evolved into a social crutch; technology has turned conversing with others into an impersonal activity. Many kids and adults alike will avoid things such as confrontation or actual verbal communication in the simple act of not answering a call from an unknown number.

Constant conversation over text also hinders the degree of communication. Sarcasm and irony have become large elements of humor but cannot easily be expressed without inflection. One cannot read into body language or tone when the only thing you have to interpret is pixels.

“People do not really know if they are joking or not because it is over a screen,” Gallucci said.

Internet communication offers anonymity like never before. There are sites like Ask.fm where one can anonymously ask friends questions; unfortunately, such sites are often abused. There is always the possibility of hate and it is often difficult to trace an anonymous message back to its origin.

“Words can be vicious and horrible, now I get to be amazingly hurtful and I have no consequences for it,” White said. “The whole phrase ‘sticks and stones will break my bones but words will never hurt me’… what an absolute lie. We can all come up with something that somebody said to us at some time, a long time ago, and you will always remember how hurtful it was.”

Social media and Internet use have affected people in making them less likely to engage in face-to-face communication and also act nastier when given the opportunity to have no personal consequences.

“I do not do social media at all. I think that it is way too narcissistic,” White said. “It just focuses everything so internal, how everything impacts me instead of how you could impact other people’s lives. It is such a shocking waste of time.”