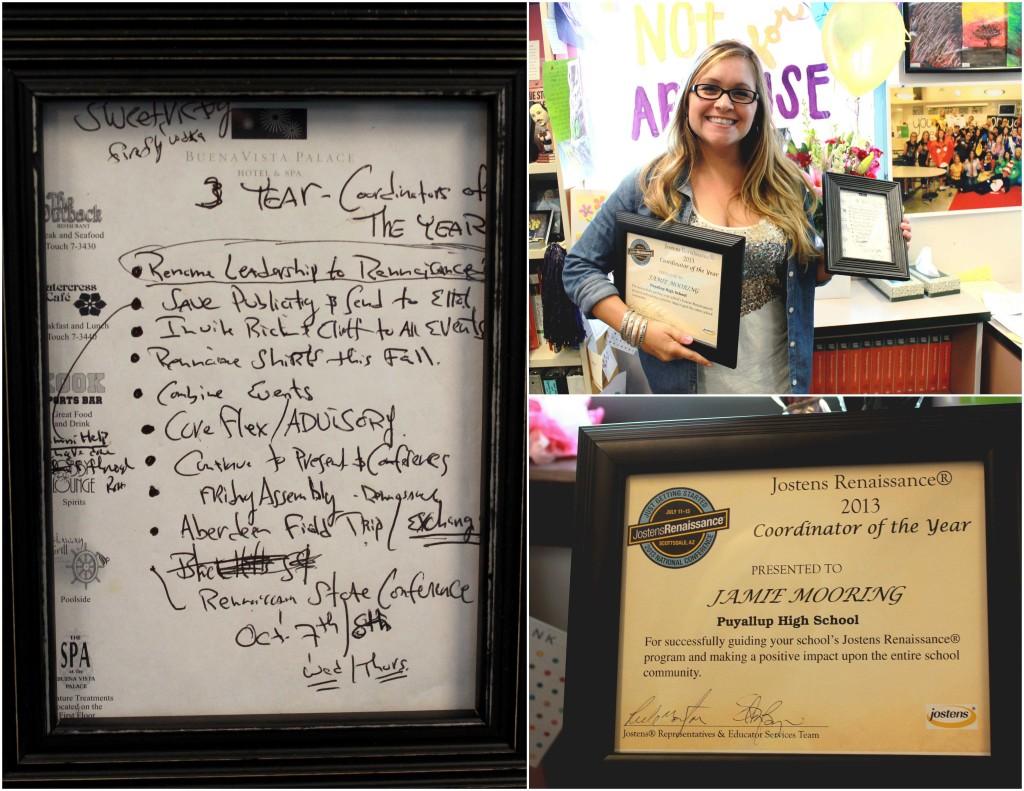 Four years ago, Principal Jason Smith and Leadership teacher Jamie Mooring sat down together to discuss the beginning of the Renaissance program at PHS. The goal of the Jostens Renaissance program is to recognize students who don’t normally get the spotlight and to create a better school atmosphere. Together, Smith and Mooring created a list of things they thought could be implemented at PHS. At the end of their meeting Smith said if they could complete everything on the list, Mooring would get Coordinator of the Year in three years. Little did Mooring know, Smith’s predication would come true four years later.

Mooring was awarded the in the nation this morning June 5 at the staff meeting. Jostens representative Rick Morton presented her the award. Mooring will be recognized at the Leadership conference this summer in Arizona with her staff.