Students to participate in lahar drill 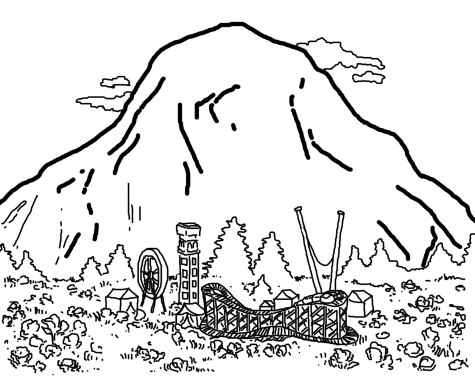 Ten different schools in the Puyallup valley will be participating in a district-wide lahar drill Tuesday, Sept. 30, 9:30 a.m.

Though the Puyallup School District has not avidly participated in systematic drills in the past, Puyallup Principal Eric Fredericks plans to change this starting this school year.

“The awareness is great. There is great benefit to this [lahar drill]. There is more that we will need to do down the road but I think as the first attempt there is great opportunity to problem solve, go over what went well [after the drill] and we can go from there,” Fredericks said. “It never hurts to be safe. I am not a survivalist type of guy by any means but it never hurts to be prepared and to know what your options are.”

Tuesday morning, students of all ages, kindergarten through twelfth grade will be walking from the valley all the way up to the cemetery on 9th street on the hill. This drill is a model created in efforts to effectively practice and somewhat prepare in the case of a natural disaster such as lahar.

The Puyallup Police Department will be blocking traffic during the drill and the usual costs from the city to block traffic will be waived. Fredericks plans on the drill taking about an hour to complete from start to finish, keeping in mind that he wants to make the experience an effective training tool but kept to a timely manner.

“I assume good intentions and that if we collectively are informing students about this ahead of time with the expectation of them being safe and thoughtful. This can be a great opportunity to be a role model to some elementary kids and be a buddy to them,” Fredericks said. “I think everybody is going to make the right choice, I have confidence in them. I really have no worries.”

Barb Pope who is currently in charge of risk management for the Puyallup School District played a role in the decision to participate in the drill.

“As a parent of two children here, not only in the school district but more specifically in this school I cannot imagine, that I am going to know when this stuff happens. We all have our responsibilities. I want my wife to know and be reassured so she knows that I am taking care of you guys and my children,” Fredericks said.

This drill is going to involve more than just Fredericks and has taken much time and planning on everyone’s part. Officer Mark Ketter will play a very vital role in this drill to make sure it is effective and runs smoothly.

“We started working in the summer to plan it. We have gone to every school and talked to the administration there. We have driven every route and found staging areas. We looked at the amount of time we are going to have, how many kids we have and what the fastest route to get through is to try and avoid major roads so we do not block traffic,” Ketter said.

“I would rather plan and practice it when everyone is aware of what is going on rather than in the actual emergency. There is a ton to think about when you have a wide variety of students with age ranges and different physical capabilities. It is not only just for lahar. This could be any type of evacuation that we are going to need if there is some type of a flood, a natural gas leak or something that requires us to move the whole student population in a quick way to a safe place,” Ketter said. “Nobody has ever done anything this big. We are doing more drills and starting to practice because you just never know. I would rather practice just because rather than have chaos when something actually happens.”

“Picking a date and time that works for everyone was probably one of the more difficult tasks we had. In addition to the signs we are going to put out the Puyallup Police Department has a Twitter feed and a Facebook we are going to put it on. We are going to try and let everyone know in the community what is going on so it is not a shock,” Ketter said.

In terms of managing the numbers, the hope is that everyone involved will treat this drill as a real emergency.