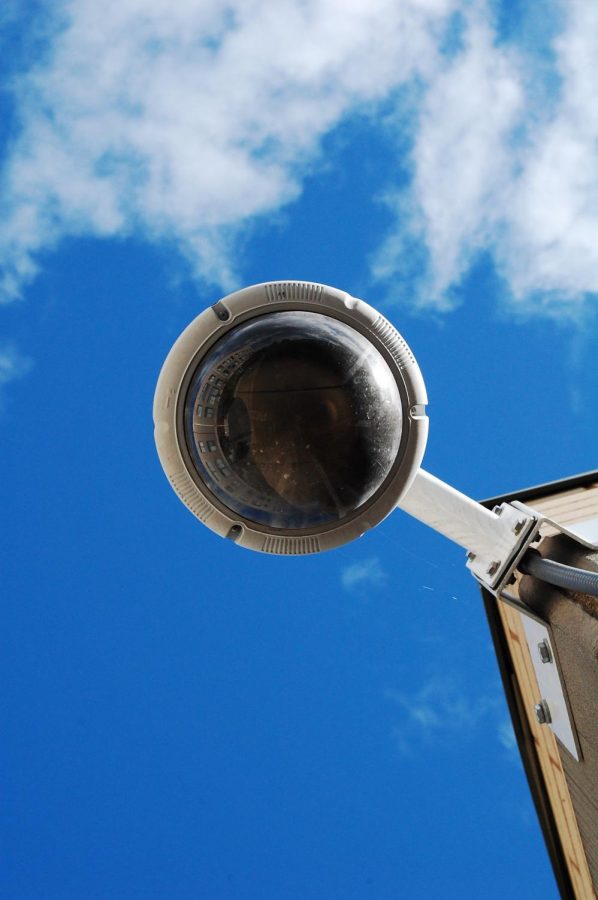 Puyallup High School has recently installed new security cameras. They will increase the safety of the school and help security guards and administrators do their jobs, says security officer Jim Jenkins

PHS is one of the last schools in the district to get an upgrade and they are not completely done. They were able to afford the changes due to a grant received by the district a couple of years ago, for a camera and software upgrade.

Jenkins explains how the new cameras differ from the old ones.

Vice Principal Lorraine Hirakawa explains that the new cameras will be able to zoom in, rotate and the files are easier to download, too.

The footage taken by the old cameras was also only able to be seen in Jenkin’s office, after the technology broke in the main office years ago, says Jenkins. The new cameras can be viewed in more places.

“Setting up the cameras has been a long process, a several-week process. They had to be put up in conjunction with an electrician; it was a wiring issue. In a couple weeks, we will be able to see everything. [Camera footage] will now be accessed by administrators, too, which is a big deal. It will also be networked so people downtown and the police can see,” Jenkins said.

The cameras will improve Hirakawa’s capabilities as an administrator, although there is still a lot to learn, she says.

“It takes a lot of practice, figuring out which camera shows which area. Once we get up to speed, they will allow us to see more of the building and it will be easier to get evidence about who did what. The number one camera is the one right in front of the office because we can see the front door and everyone that comes in. There is also one by the back door in the atrium. We can see both easily and it allows the office staff to see better,” Hirakawa said.

The new cameras would also increase the school’s ability to deal with an intruder or handle a school shooting incident.

“We are able to see people that are not supposed to be here. Identification is a big deal because if we can get a picture of someone, get specific details about their face and identify who they are, we can track them down, whether they are [at PHS] or have left. We can gather as much information as possible,” Jenkins said.

The topic of school shootings hit headlines and social media Feb. 14, after 17 students were killed at a Florida high school. Nikolas Cruz, who had been expelled from Marjory Stoneman Douglas High School the year before, entered the school and began shooting in classrooms. Cruz then dropped his weapons and fled the scene. He was arrested later that day and taken into custody. Cruz confessed to the murders Feb. 15 but police are still investigating his motives.

This incident was the 18th school shooting this year and the sixth in which at least one person died. Although causes and motives have varied per school and cameras would not prevent someone from entering the school hallways, the videography could lessen the damage once a suspicious person came into the school and impact the way the school is able to respond., says Hirakawa.

With higher quality and more cameras, the office staff and administrators can monitor the progress of anyone within the school, Hirakawa explains. Just being able to see what is going on and spot something suspicious is a huge gamechanger.

“[As security officers], we can be in one spot and know where suspicious activity is at. Or we can have one officer track and find someone while the other mans the camera. As I walk through the school, I can only see what is in my field of vision but these cameras are force multipliers,” Jenkins said.

Students are slowly learning and becoming aware of the new system.

“We are happy to have this additional feature to help provide safety to our students,” Hirakawa said.