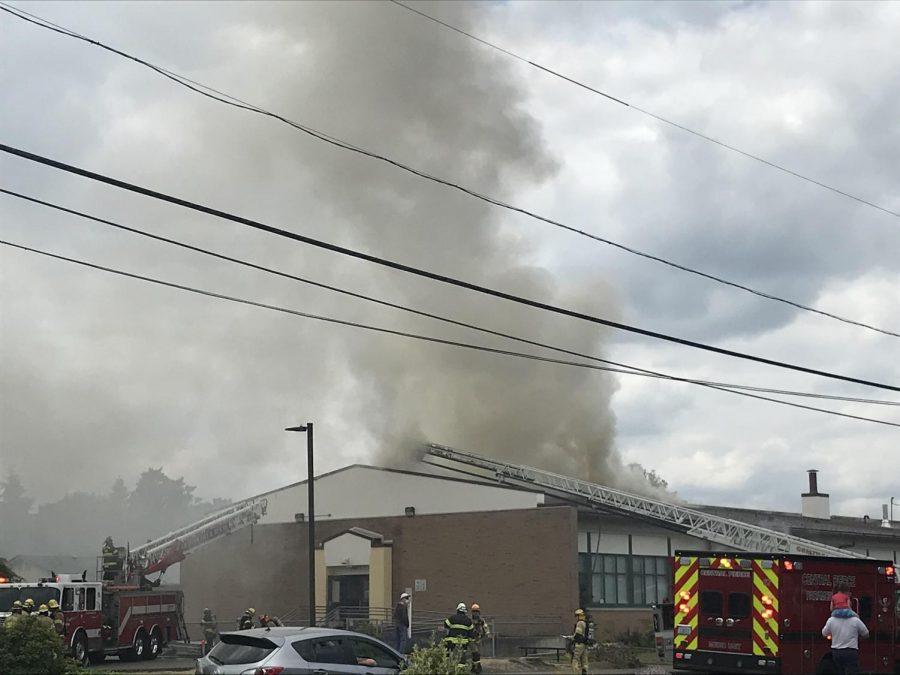 The 2-alarm fire at Karshner Elementary July 5 resulted in extensive damage to classrooms, hallways and common areas, according to a press release from the Puyallup School District.

The school district has closed school grounds, including playground areas, for an extended period of time for restoration work. The district estimates structural damage alone to cost $5-7 million to repair.

Repairs are projected to continue through the end of the calendar year, according to the district.

According to the press release, Karshner staff and students will begin school Sept. 3 at the vacant, original Firgrove Elmentary (13812 Meridian E, Puyallup, WA 98373).

The Karshner Summer Meal Program has moved to Stewart Elementary.

Puyallup School District officials were notified around 11 a.m. July 5 of a fire at Karshner Elementary.

Central Pierce Fire & Rescue responded to the fire and reports indicate that although firefighters initially went into the building conditions worsened, forcing them to instead battle the fire outside.

The fire was officially extinguished at approximately 4 p.m., according to a press release from the Puyallup School District.

“Due to extensive damage to the main building, the summer meal program will move to Stewart Elementary,” the press release said.

No injuries were reported and the cause of the fire remains under investigation.