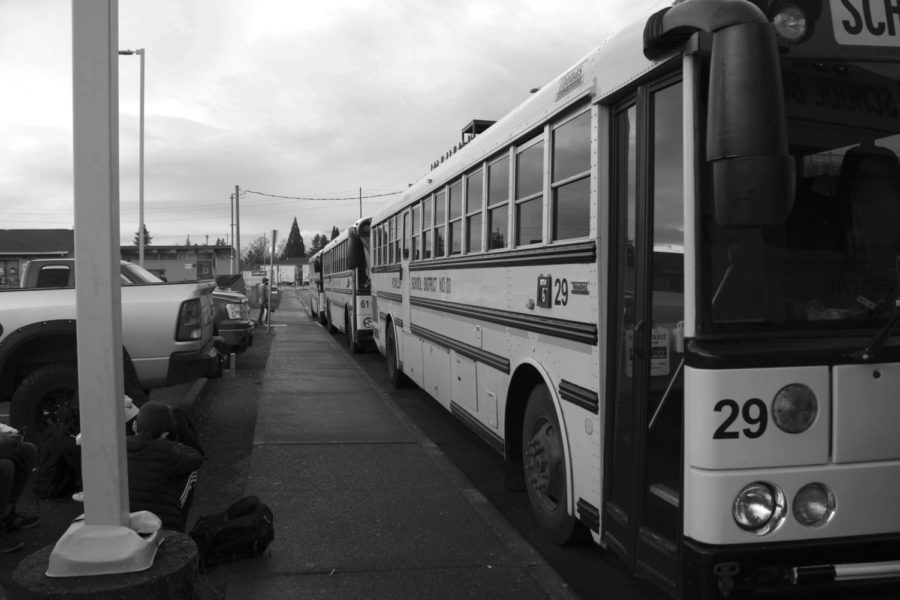 Students at PHS have noticed yet another aspect of their school day impacted by the Covid-19 pandemic: school lunches.

Federal pandemic funding from the U.S. Department of Agriculture extended the free lunch and breakfast programs to all students regardless of income as of April 1, 2020.

The district’s lunch staff has been facing a hurdle: understaffing.

PHS currently has only seven members of the kitchen staff. With the increased production of student lunches and the small number of workers, kitchen staff across the country have been working to keep up.

“[The staff is being] pulled in a million directions,” the Puyallup School District’s Assistant Director of Logistics and Secondary Food Services, Robin Osborn, said.

Osborn said that more people are relying on school lunches than pre-pandemic. Because of this, there is an increased demand on the understaffed workers preparing lunches. Supply-chain issues have also plagued the schools, with COVID-19 making more demand for lunches that are not there.

Osborn stated that the federal program has drastically impacted food service workers who are “tired already”.

“And it’s only October,” Osborn said. “It’s hard to keep going at that pace every day all the time.”

Osborn said that more people needing lunches also means that Food Services need to order more food. The schools do not have the capacity for food storage now compared to pre-pandemic times. This has caused the snack line at PHS to be temporarily closed.

“There’s no room to put the food away…[It’s] beyond just the cooler and freezer. [The] storage room is…full to the gills,” Osborn said.

The transportation system has also been impacted because of similar issues with staffing—with buses being late to pick up for up to two hours.

An email from the school district dated Nov. 5 said effective Nov. 22, the Puyallup School District will temporarily suspend 10 percent of bus runs. At PHS, Run 74 has been suspended.

The District Director of Transportation, Elizabeth Fisher, called managing transportation with understaffing “a logistical nightmare”, with the district being down by 14 drivers.

According to Fisher, COVID-19 has exacerbated the troubles that the district transportation system was already feeling in years prior. Because of this, some of the district’s office staff have been helping out to drive bus routes and vans, including Fisher, who is the department head.

“I’ve had drivers that went to MIT…who were engineers for Boeing…” Fisher said.

Some bus drivers drive as a retirement job, according to Fisher.

“I’m really proud of them knowing the importance [of being a bus driver]…to me that’s awesome…” Fisher said.

The bus drivers who are available have been doing a great job, Fisher said, and have worked many overtime hours to help accomplish their everyday tasks.

“They’re not only doing their runs, they’re grabbing pieces of those runs that we don’t have coverage for.” Fisher said.

Judy Gillmer, the driver for Route 64, isn’t able to work overtime, but she said that there have been drivers who were able to help.

“I feel bad for the dispatchers. They’re trying to get everybody picked up for school [by getting bus drivers to go to schools],” Gillmer said.

Among the transportation staff, the need for hiring has been a common need expressed.

“Being a bus driver is fun. I enjoy it…the people I work with are very nice, they’re very concerned about the kids…we just need more people to get hired on,” Gillmer said.

Students who ride those buses are being encouraged to find other options to go home such as walking or being picked up.

The District Department of Transportation can be contacted for hiring at (253)-841-8775.