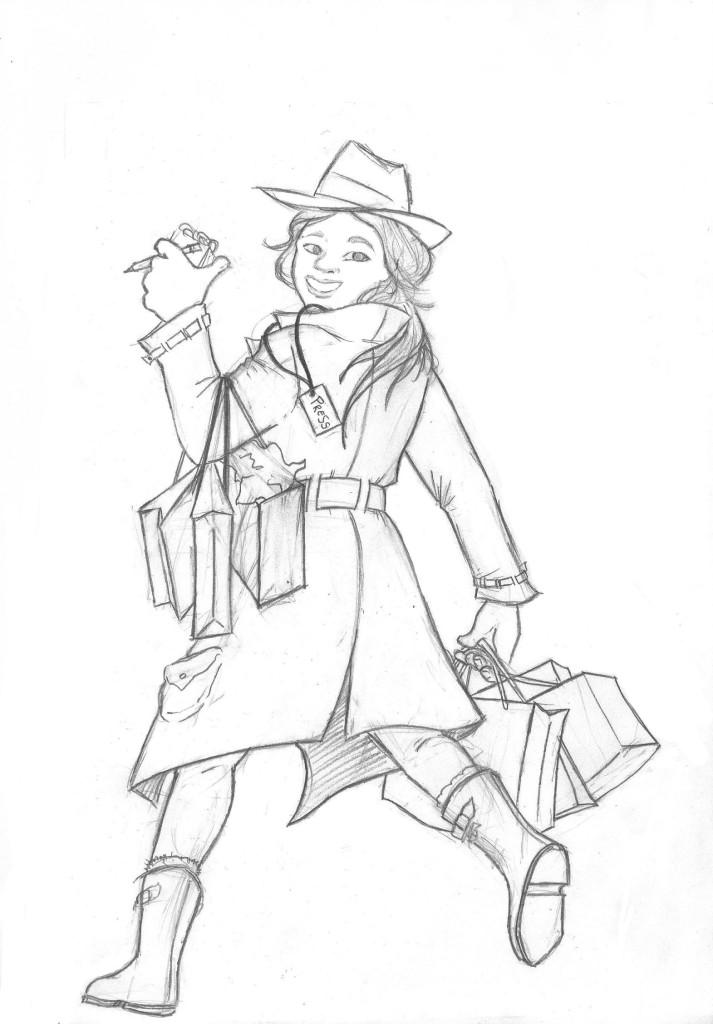 Black Friday, the one day every year that it is socially acceptable to trample over your neighbors at the store, spend ridiculous amounts of money and, if you are extreme enough, camp out by the store until opening time.

Originally Black Friday was supposed to be the Friday after Thanksgiving. But this yearly tradition has taken a twist as the years go by and stores have begun to open Thursday evening and remain open throughout the night and until the next morning.

Every year I hear in the news of fights where people of all ages feud over the one item they just must have because of the significantly low price. So I decided to set out on a journey of my own with a friend for support to watch my back just in case things got out of hand.

My journey started Thursday morning as I grabbed the delivered local newspaper. A stack of never-ending papers was in my arms and the weight was surprising. Almost every store in Puyallup was represented by some sort of ad with sizes of every kind. Some were oversized pamphlets with 40 or more pages and others were small 8 inch by 10 inch sheets of thin paper that indicated the opening time.

The problem I initially faced was deciding on a reasonable time to leave and which stores to shop at. The dilemma was mostly due to the stores that opened Thanksgiving night. Not wanting to sacrifice time away from my family, I decided to go the following morning and not risk getting injured just trying to get inside the store.

I cut out several ads in particular so my journey would be less of a hassle in the long run, glued them to a single sheet of paper and mapped out my path for the next morning.

My alarm clock went off at 4 a.m. and because of the lack of sleep I got the night before, getting out of bed was an uphill battle. It was very unusual to say the least when I left my house and the sun was far from rising but I felt as if I were about to take part in a battle.

I scraped my windowshield of the ice and then got in my car to buckle my seatbelt and started my car in the cold 34 degree temperature that I could see my own breath in.

Many people were lined up by the entrance of Fred Meyer wrapped in blankets, earmuffs and warm mittens. The doors opened at 5 a.m. sharp and people piled in which was a very humorous sight to see. It seemed as though they were more concerned with getting inside to purchase their coveted items than remain sane. Maybe it was because the cold weather had gotten to their heads or maybe this was a normal occurrence for every Black Friday. The answer of which I am not sure.

Before I went into the store, I felt as if to enter the store I had to have supernatural powers and sneak around corners but I soon came to find that not everyone is as inhumane and malicious as they seem on Black Friday.

To my surprise many frantic shoppers rushed past me every few minutes with various store items in their hands. I saw one lady in particular with at least eight boxes of boots.

Another passed me with a whole shopping cart filled with plain white socks and a stack of 10 blankets on top of everything.

Luckily I was able to get in line before her and all the other people with huge piles of items to buy. I was in and out in just a little over half an hour which is good timing for Black Friday.

My next stop was Target, which I did not expect much from because it had opened at 8 p.m. the night before. When I arrived I soon found my suspicions to be true as I saw dozens of shoes, boxes and stray papers flying around like a deserted island. The scene had me constantly looking over my shoulder to make sure no crazed shoppers would come running through the aisles.

Though the store was barren and desolate, I was still able to find a few good deals and get out of there before the crowds of people got there.

I noticed all the employee’s red droopy eyes that I passed by on the way back to my car, tired from their overnight shift they just completed. Back out to my car and home it was for me until next year when I battle off the shoppers once again on Black Friday.

But at this rate, we might as well move Thanksgiving to Wednesday and have Black Friday on Thursday.