I never would have thought that something as simple as a piece of paper from my third grade teacher would turn into something that not only has defined my life but my entire family’s life as well.

That simple piece of paper was an ad for a basketball program called Viking Elite and it changed the dynamic of my life.

At that point in my life, I did not enjoy my time at school, I felt out of place, I was bullied and made fun of multiple times throughout my day. I had glasses and a lazy eye, I had a temper that was almost uncontrollable.

Then a lot of things changed, I still hated being at my elementary school but instead of caring what the people at my school thought of me I turned my focus to enjoying the relationships I was building on the basketball court.

Those relationships have bloomed into a community that I have put myself in that I am not worried about hiding in the corner but walking confidently, knowing that people around care about me and have no intention of putting me in a place of fear of hatred. A simple piece of paper turned me from a hot head, scared boy, into a confident, level-headed man.

There are very few lasting relationships that I have that are not from the Viking Elite system. Of course I have all the wonderful people I get to share this publication with and I also have a few friends I am still close with from my elementary school.

There were a lot of people in my early days of being part of Viking Elite that thought I had no business being on the team and thought that the only reason I was on the team was because my dad was the coach.

I spent a lot of time thinking about that, both in my youth and into my high school years. I know that the people who said this to me were only doing it to get a reaction out of me but it still bothered me.

My dad coached all of my youth sports teams whether it was baseball, basketball or soccer. He is the person that taught me almost everything about sports, the strategy behind it and how to act in victory and defeat.

In third and fourth grade, I played a good amount and had a lot of fun. The program makes no cuts through fourth grade so I had no worry in not making the team. In those first two years they had one big group split into two groups.

Our two third grade teams did not fare so well the first year. The team I was on had two wins out of 10 games and luckily for me one of those wins was against the other Viking Elite team.

Fourth grade year was the year that I felt our team really took off and gelled more as a team. Starting fourth grade year, our two separate teams did much better in the league we played in. My team did not lose a game, it was in a weaker division and the other team lost only two games.

The reason that made fourth grade so much different from third was because the program formed a “travel team.” That basically meant they took the best players from the two separate teams and combined into one. While we never did great, we were always competitive in most of our games.

Fifth grade was probably the toughest season for me personally. I went from someone who played fairly regularly the year previous, to someone who was lucky to see the floor on any given day. I spent a lot of time angry that I was not playing and would sit on the bench quiet and jealous.

Dealing with that was a huge portion of what shaped me today, going through a period in which I was struggling to find joy in playing a sport that I had always loved.

After I stopped feeling bad for myself I realized that playing is not always the only way to contribute to a team. A good team not only needs talent but it needs chemistry and players who understand what their roles are.

It was after that moment that I turned the page from being angry and jealous of my teammates to making it my goal to do what I could for my team, whether that be from the bench or on the court.

I was never the best physically so I strived to become the best mentally. That meant I had to always be there for my teammates, I made sure that I knew every play that we had from any position on the floor, so that way when I was put in, I was ready for wherever I was put in, whether that be the point guard or the post.

Looking back on my youth, I may have been helped with making the team every year by my dad coaching. Even though I was the worst player on the team, I was still an important and valued member of that team because of what I brought to the table.

I continued to play for my sixth, seventh and eighth grade years. My team saw a lot of success during those years, winning multiple tournaments and claiming first in one of the hardest non-AAU leagues in Western Washington our seventh grade year.

Going into the summer of my ninth grade year, most of the school districts around Washington, had allowed ninth grade students to play sports up at the high school but the Puyallup School District was still one year away from joining that not so exclusive club.

That was when I was approached by the PHS head coach. At that point my sister had been a manger for the boys basketball team at PHS for three years. The coach wanted me to follow my sister in being head manager for the high school team. After taking time to reflect on what I wanted, I decided to stop playing basketball and manage instead.

Not long after I decided to help manage the high school team, I was to help coach one of the teams in the program. I was asked by the head coach of that team, who also was heavily involved in running the entire program. That is what consumed my freshman year of high school, shadowing my sister, so I knew what to do once she left and helping coach a youth team in the program I grew up in.

Now I think is a great time to pause and recognize my sister. Almost everyone who comes in contact with me knows how big of a sports fan I am but what some people would not expect is that in my sister loves sports as much, if not more, than I do.

I would not be close to the caliber of manager I am without her support, encouragement and correction over these past four years.

Coming into my senior year, there are a lot of things I am going to miss about my time in high school. I will miss contributing to The Viking Vanguard on a daily basis. I will miss the relationships that I have built and the ones that will be lost after I graduate but most of all I will miss basketball.

That is no longer true. After this season, I am done, which such a weird feeling to have. My grade, when we graduate will be the first grade level to go all the way through the program, starting at third grade.

Looking back on my time in the Viking Elite system, it is an experience that I would not trade for anything and this program and the people in this program have done so much for me. I cannot convey my appreciation in full but I can start. Thank you to all who have helped me in my journey from third grade to now.

While I may not be done with the Viking Elite system forever, my life was dramatically changed for the better because of this program. 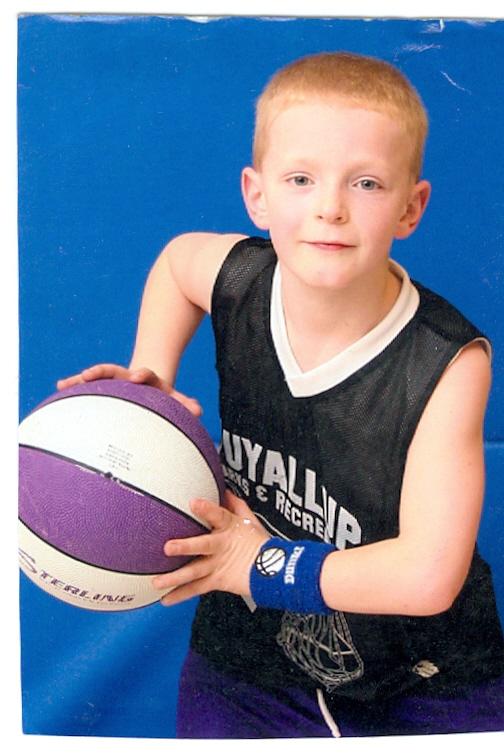