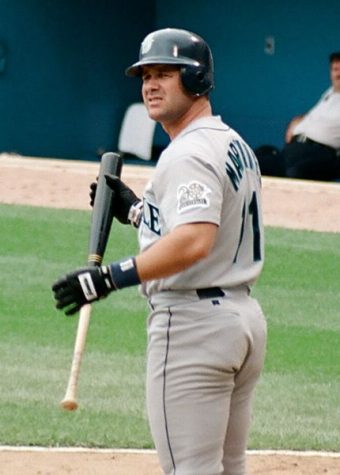 The Hall of Fame is where every athlete wants to end up.

The Hall of Fame is where the greatest athletes in sports lie.

The Hall of Fame is where the best in every sport deserve to go.

Unfortunately, there are multiple athletes throughout history that deserve to be in the Hall of Fame but have yet to be recognized.

One for Seattle Sports fans that immediately comes to mind is the best designated hitter of all time.

Edgar played for the Seattle Mariners for 18 years, making his MLB debut in September of 1987 and retiring at the end of the 2004 season, all in a Seattle Mariners uniform. The thing that made Edgar unique, from the 1995 season on, he never played in the field, he was the full time Designated Hitter.

For those who do not know what that means, in the American League of the MLB, instead of having the pitcher be a hitter, they have a designated hitter (DH), take his spot.

Though Edgar made his MLB debut in 1987, he finally became a fixture in the Mariner lineup in 1990, at the age of 27, which is old for a rookie.

Edgar finished his career with a .312 batting average, being one of 96 players in MLB history to finish a career with a batting average above .310. He claimed two batting titles and is still the only DH to win one. He led the MLB in Runs Batted In once, doubles twice and on-base percentage three times.

The respect that Edgar has in the baseball community is unbelievable. Hall of Fame pitcher Pedro Martinez managed to hold Edgar to a batting average of .120 off of him, yet he still considers Edgar one of the toughest hitters he has ever faced. That is the same with the best closer of all time Mariano Rivera and former teammate Randy Johnson called him the best hitter he ever saw. That includes teammate and baseball legend Ken Griffey Jr.

Recently, I was reading a story by Joe Posnanski about Edgar Martinez and when I was done reading the story it quickly became one of my favorite stories about Edgar. An Editor assigned a reporter to ask every pitcher he could find and ask them all a very simple question; “Who is the toughest hitter you have ever faced?”

Eventually the project was cancelled because when the reporter asked the pitchers, too many of them said Edgar and the story became pointless.

I firmly believe that Edgar Martinez is a Hall of Famer and believe even more that he should be the first DH to make into the Hall of Fame. He only has two years left until he falls off the ballot and he deserves to be with the best players of all time.

Do not let the fact that he did not play in the field or was overshadowed by Ken Griffey Jr. or be a victim of the West Coast Bias because the Hall of Fame is where he belongs.