Video games: Not so negative 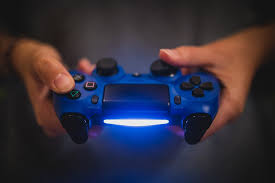 Gamers are antisocial and weird.

Video games are most frequently blamed for numerous negative aspects of society and are commonly seen as bad influences upon young people. Now there is no denying there is some correlation between negative behaviours and gaming, however, it would be wrong to completely generalize an entire community based on a few outliers.

Now one of the most co

mmonly vilified game genres are first-person shooters. I myself do not play those games but I would understand why they receive the negative stigma that they do with the sensitive issue of shootings. Being as it may, these games do offer cognitive benefits. Research has suggested that games in the first-person point of view can greatly improve spatial attention and depth perception and even help with curing lazy eye. Interestingly, these effects do not just occur for people that play for years but even those that are new to gaming.

Alright, I will concede that gamers can be seen as highly unsociable and strange people and I suppose that there must be a basis for such an accusation. Certainly there are such persons but at the same time there are others that do not fit into that category. Many gamers are actually quite social, if not in their “real life” than at least in their games.

Online multiplayer games have a huge player-base and just as in the real world, there are kind people, talkative people, rude and insensitive people and all other kinds. They just want to escape real life for

a time, so why should they be judged so harshly for that? I used to play some online games as well, interacted little with anyone outside of my immediate family…but that was because I was incredibly shy and introverted. I have since improved, though still struggle with initiating contact with someone I do not know well.

Some common arguments against video games are those that mention the addictiveness of games, the correlation between aggressiveness and violent games. Neither of these points are invalid and in fact offer strong support for their side. I know how addictive games can become, especially mobile games that require real currency to get ahead. However, one can spin that argument into a more positive light: motivation. I mean in the sense of strong determination to succeed and get a certain item.

Gamers can in fact be highly-motivated individuals and if you add in a sense of self-discipline, this can translate positively into the real world. As for the issue of aggressiveness, research has actually suggested that violent games themselves have a small effect on causing individuals to become more aggressive according to Jesse Marczyk’s article “Violence in Games Does Not Cause Real Life Violence”.

Video games may actually do more for a young person than simply improve spatial attention as argued before. These games allow individuals to walk through a variety of different trials and situations and somewhat prepare for conflicts that occur in the real world.

I am certainly not speaking of fighting an evil monster but rather social or emotional situations. They can learn the pain of separation and themes of dominance and power under an environment that is not threatening to them. It would allow some preparedness for the type of people they may come across in their lives.

Games may also allow for growths in certain areas: logical reasoning for example, decision making. One of my favorite video game series is called Fire Emblem and the gameplay for each title under the franchise is heavily reliant on tactical and logical thought processes. Other games allow for creative thinking, making players solve different puzzles and such.

In the end, there are drawbacks and benefits to nearly all subjects. You cannot remain narrow-minded and grounded on one side and completely ignore everything the opposing side may say. Video games are the same: there are negative aspects and there are positive ones. It would be my advice then to keep an open mind, think before judging unfairly, no matter the subject.