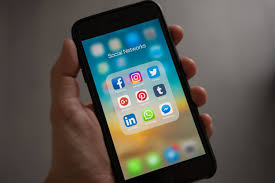 That seems to be the case more and more often. Society is drowning in media. Everything is pushed in our faces through various means. News stories, movies and music are all ripe with all kinds of stimulation. The problem is, what if it is simply too much? We are so accustomed to being overloaded with all manner of violence and tragedy and unhealthy habits that it just does not affect us anymore. This is undoubtedly an increasingly growing issue.

Music is influential. Music is an escape for many, for myself as well. It allows us to isolate ourselves in a crowd, to lose ourselves and forget the world around us. All well and good, sure. The content however is a different story. The lyrics that accompany those soothing sounds could potentially have a negative influence. There is no shortage of songs that praise unhealthy habits: drugs, violence, cheating on partners… I understand I might sound like an old grumpy women shaking her cane at the “youngsters” but I simply want to bring up the “danger,” for lack of a better word, of constantly feeding such information to yourself.

And then there are the movies, the shows. All the R-rated films that teens and some kids still go see. The grisly violence becomes…nothing. No longer do we flinch away, no longer do we think about the horror of what is flashing before our eyes. We blink it away and laugh and think “it is not real.” But what happens when it does become real? I myself cannot pretend to be a saint that only watches the purest, G-rated stuff. I do not.

A show I watched called “Westworld” exemplifies my point. The whole series is a depiction of what happens when there are no consequences— people leave the real world and enter a park in which they are allowed to do whatever they want. Many of those visitors witness and then end up murdering, torturing the mechanical human-like androids without a second glance. They are desensitized, they shed their morals entirely. Now, this is extreme. The key word here is “desensitization:” becoming accustomed so as to feel less, care less.

Now of course, it can be argued that this is not such a huge issue. Watching movies full of death, listening to music full of curses does not make you a worse person than someone that does not. However, the issue is about the loss of empathy. We are becoming quite the apathetic society. That is a worrying thought.

We read the news without batting an eye. Another tragedy, another family, another individual— there is always “another.” In fact there are so many that it starts meaning less to us. We take less time to think about what we read, we empathize less, we care less. What condolences we may give? Do we even mean what we say? Those movies we watch? The violence we so greedily drink in… what if it dulls our senses, just as a drug. What if those things in the news lose their reality? What if they really do just become “another?”

So what then? What should we do? It would be ridiculous to suggest that we all quit taking in media forever. None of us can do that; I certainly cannot. We can, however, take in less. Choose wisely what you do with your time and take time to really think. Next time something happens in the news, take time just to think. Ponder. Empathize.