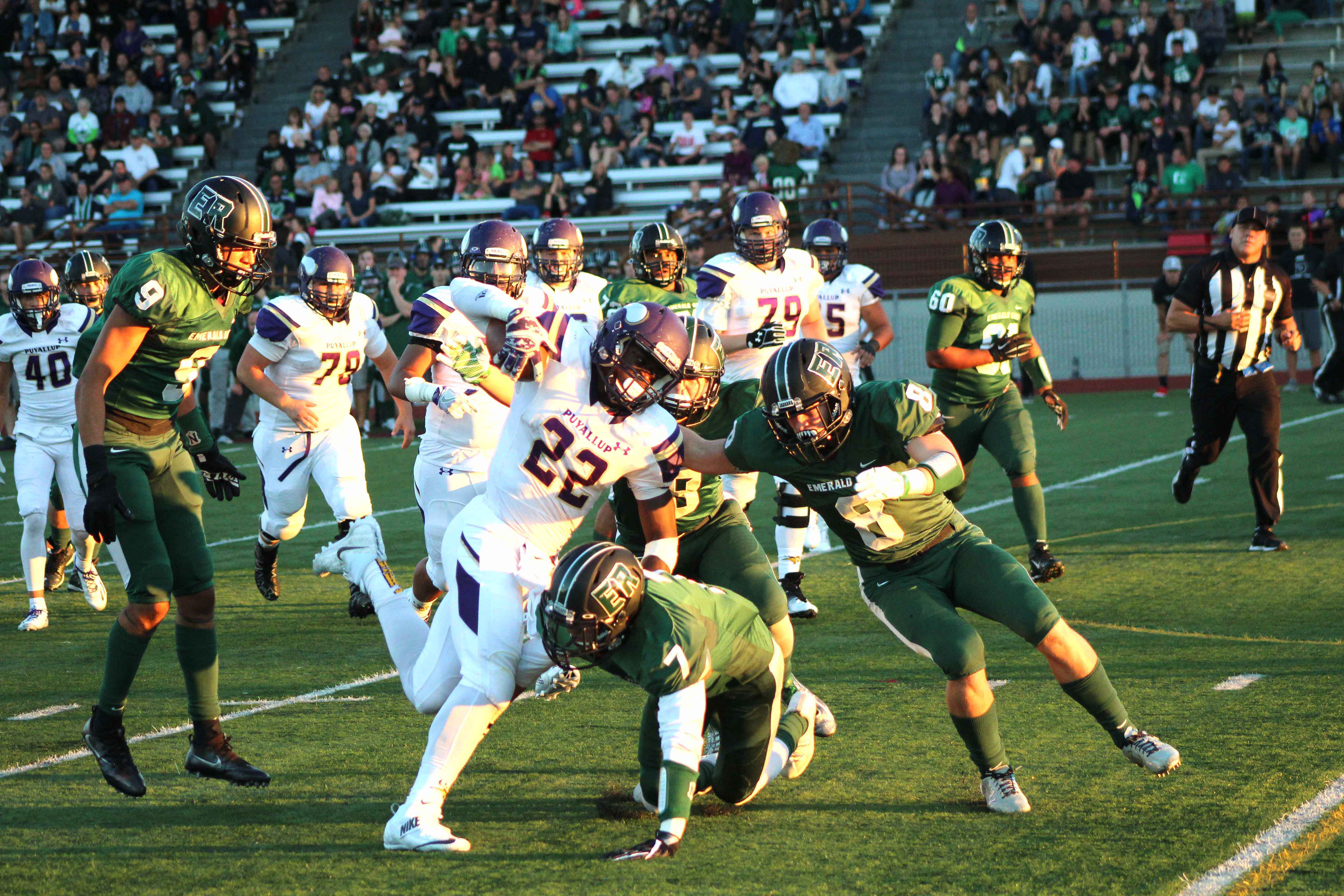 Senior Honore Thomas taking on multiple Emerald Ridge Jaguar defenders in their game against them Sept. 9.

Playoff berth for the taking for the PHS football team

The Vikings are 3-3 so far in league, with wins against Curtis, Rogers and South Kitsap High Schools. The three losses they suffered through where at the hands of Graham Kapowsin, Sumner and Emerald Ridge High Schools.

PHS has two games remaining, including the homecoming game tonight against Olympia High School and next week’s game against Bellarmine Prep High School. Both teams are near the top of the SPSL, sitting in the third and fourth places currently in the SPSL.

Out of the nine teams that are in the SPSL, five teams go to the playoffs. The top four teams are secured to head to the playoffs, those teams being Graham Kapowsin, Sumner, Olympia and Bellarmine Prep High Schools.

Aft6er that, there are four teams who could still make the playoffs but two who have a better chance than others, Emerald Ridge and Puyallup High School.

PHS currently has ahold of the fifth spot in the SPSL by one game but still has two tough games ahead of them. While Emerald Ridge still plays the undefeated Sumner Spartans but also plays the 1-5 South Kitsap Wolves.

As of now PHS controls its own destiny, if they win both games, they secure the fifth spot in the SPSL.

However if they, lose one it gets more complicated. If PHS goes 1-1 over the last two games, they would need ER to also go 1-1 to secure a spot, if ER goes 2-0, they would go to the playoff because they own the tiebreaker over PHS.

If PHS goes 0-2 and ER goes 1-1, PHS would need to Curtis High School to win their last game against South Kitsap High School, to have an opportunity to win the three team tie-break.