What We Will Miss Most About Friday Night Lights

This can’t be real.

It’s the first Friday of September and the lights of Sparks Stadium aren’t glowing throughout the Valley.

The Washington Interscholastic Activities Association decided in August to postpone the 2020 football season and any other fall sports due to COVID-19. This means no sports will be played until January at the earliest.

This is the first time since its opening in 1934 that Sparks Stadium (formerly Viking Field) won’t be hosting Friday night lights on a Friday night in the fall.

Cars will drive by on Fifth, but they won’t glance over at the scoreboard to see who’s playing and what the score is. Rather, they will see an empty and dark stadium. People all around won’t hear the Viking Marching Band burst out into “On Puyallup” every time a touchdown is scored.

These beloved traditions will be missed, but some things are more important in this world at the moment. Protecting the most vulnerable is at the forefront right now, even if that means sacrificing some of our favorite things.

The Braves of Bethel High School should be rolling into town right about now preparing for the first game of the season and their return to the 4A SPSL. The Vikings should be walking along Seventh Street on the way to the stadium.

The highly-anticipated roster should be blowing through the sign held up by the Viking cheer squad, taking the field with their eyes set on one thing. The whole stadium should be holding their breaths tonight as senior Luke Holcomb uncorks one down field, just hoping it’s right where it needs to be.

We should all be belting out “On Puyallup” after another Viking victory.

But it’s the first Friday of September and none of this is the reality. The sun will set on the Puyallup Valley and the lights of Sparks Stadium won’t take over. There are more important things in this world right now but that doesn’t mean we can’t miss Friday night lights. 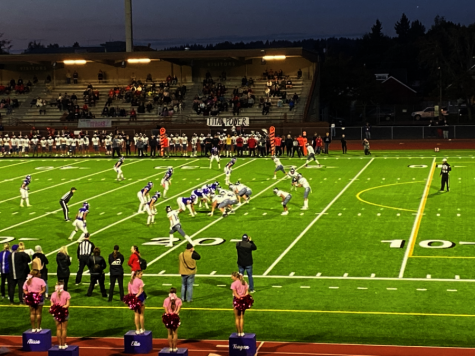