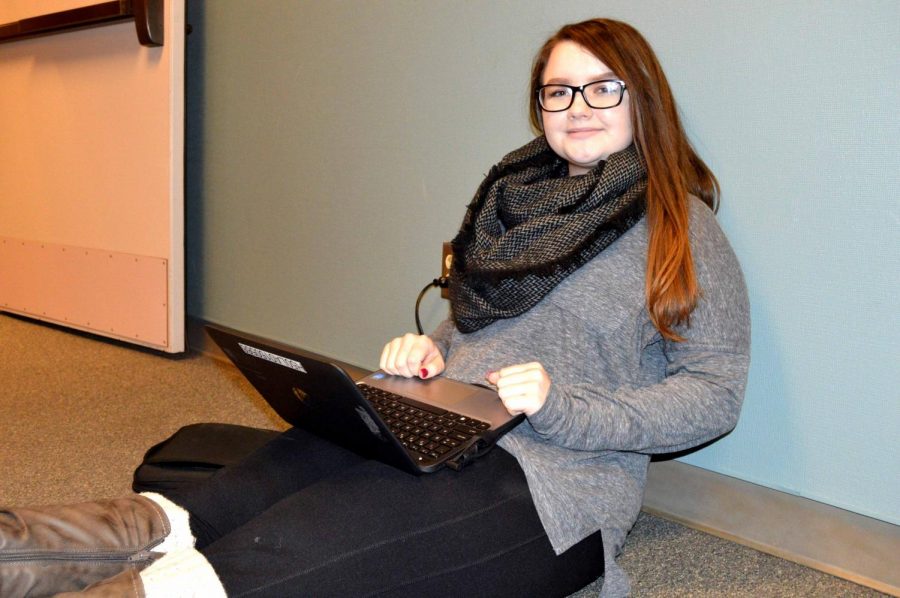 Drooping eyes, hoarse voices, attempted positivity; these are a few of the traits that capture one of senior Hallie Pichette’s favorite memories on the debate team.

“Last tournament on the way home, it was 10:30 p.m. and we all started singing Party in the USA [by Miley Cyrus]. It had been a long weekend, 17 hours of a debate tournament. You could hear that everyone was tired but they still sang and it was great,” Pichette said.

Pichette joined debate three years ago in hopes of improving her public speaking abilities and exercising her love for arguing.

She loves the competition aspect and going to tournaments. In her first tournament, she won in the quarterfinals (top eight), she says.

“I compete in LD [Lincoln-Douglas], in the open [advanced] category. That is the only style of debate that is one-on-one. We are given a topic every two months and we make a case on why we agree and why we disagree. Then, at the tournament, if you are affirmative, your first speech is six minutes and if you are negative, your first speech is seven minutes,” Pichette said. “[To know which category you are, about five minutes before a round, you go to the posting to see which side you are on, who you are going against and who your judge is. During finals and quarterfinals, you just flip a coin.”

Apart from competing, Pichette loves that the debate team is like a family, constantly supporting one another, she says.