In a year where a league title was the perennial honor for teams, the PHS Viking found a way to do what they always do: win things.

In season one, the girls volleyball team put up a 16-0 undefeated record, only dropping two sets all year and winning an SPSL title.

The football team went 5-1 and fell one game short of the league title.

Girls soccer won their seventh straight league title going an astounding 10-0-1 whilst only conceding one goal all season.

The girls swim team placed second overall in the SPSL, with several girls coming in at the top of their respective races.

Season two rolled around, and it was the same story, different time.

The baseball team won their 13th straight SPSL league title winning all 16 of their games.

The softball team went 12-5 and won an SPSL league title.

The end of season three is now nearing and although no league titles have been won yet, all of the typical winter sports teams are finding ways to win.

A year of experience for all and winning for most has several teams poised to make a run deep into the state tournaments next year when they finally return. Those teams are led by some underclass athletes who have made their presence felt over the last few years.

The Vanguards 2021 up and coming athletes to look out for are:

Callie is a current junior and standout two sport athlete, playing both girls soccer and tennis. In season one, Lowney led the girls soccer team to their undefeated league title run as a midfielder, scoring a team high nine goals. She was also named the News Tribune’s 2021 All Area girls soccer player of the year. In season two Lowney kept on winning, taking home the doubles title in the league tournament for girls tennis with her doubles partner Ally Beavers. Lowney will definitely be one to keep an eye on for the Viks in her senior season as they look to defend their state title won back in 2019. 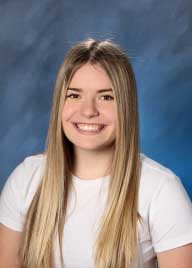 News Tribune 2021 all area player of the year

Led the team in their undefeated, league title season

Captain as a sophomore

Jordan is a current junior and is a threat out wide on the football field for the Viks. Starting his sophomore year he made his presence felt, and  had a breakout year in the shortened season this spring. 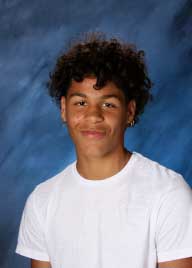 In the six games Dwyer had 36 receptions totalling 558 yards and found the endzone eight times, putting himself as a no doubt SPSL offensive first teamer. Dwyer plays in the offseason with Heir Football, a local training and seven vs seven football program, and has only developed this offseason reeling in his first division one offer. Expect a lot of thrill from Dwyer this fall under the lights for the Viks in his final year.

Poised to be threat next year

Colton, a current sophomore, hit the ground running for the boys golf team  two years ago. Being a top player on varsity his freshman year, then clearly becoming a strong player this past year for the Viks, his game is only trending upwards. Zehnder was first team all league this year, placing in the top five at the SPSL league tournament back in march, and still has two more years with a viking program that is trending in the upward direction. 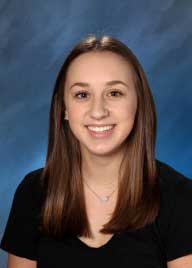 Abby is a current sophomore on the girls swim team and has spent plenty of time on the podium already for the Viks. Last year, Sellman was a member of the girls 200 meter freestyle relay team that placed at State and dominated throughout the regular season this year, placing second in three different events in the league meet. She has strengthened her gamer over the years and will be a force to reckon with for the girls swim team her junior year.

In his sophomore year Garrett was poised to start, or at least be the next man up, for the ever talented Viking baseball squad, but when the season was cut short he didn’t end up getting that opportunity. Ringer didn’t let that phase him, he began this season winning the starting spot in left field and asserting his place in the middle of the lineup for the Viks. Ringer started every game for the Viks in their undefeated season, hitting .432 in 56 plate appearances, racking in the third most Runs Batted In (RBI’s) on the team, and finding himself as an SPSL first teamer. The Viking baseball team looks to win their fourteenth straight league title next spring and make a run deep into the playoffs, and Garrett Ringer will be one of the forerunners leading the way. 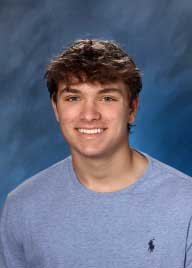 Threat in the outfield

Started all 16 games in undefeated season this year

Isabella is  a sophomore for the softball team here at PHS and in her first season for the Viks made sure that people knew the next few years will be fun to watch. Welch started 12 of the 16 games for the Viks this spring going 9-3 with a 1.73 ERA,  a whopping 132 punch outs and only 12 walks. Welch pitched four shutouts, including two one-hitters and one no-hitter. Softball is a sport where the ace pitcher can throw mostly every game for a team, and with Welch on their team, they should be in good hands for the next two years. 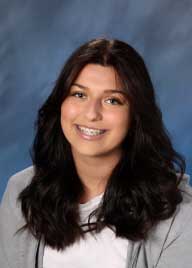 She pitched 4 shutouts, 1 no-hitter and 2 one hitters.