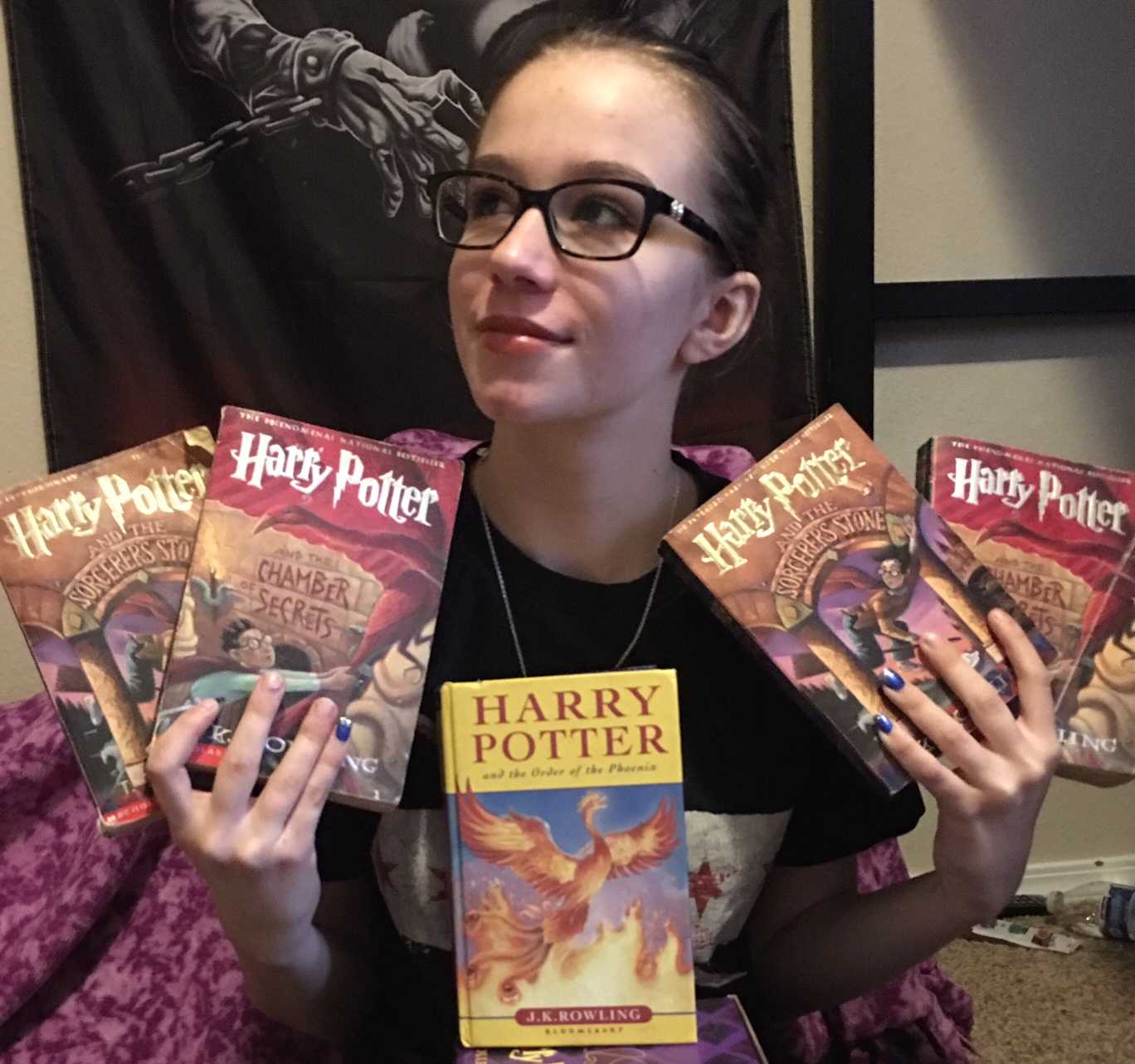 Since its book release in 1997, the Harry Potter franchise has been casting a spell over its fans, one of whom being junior Lisa Courneya.

Courneya enjoys the stories for a variety of reasons but mostly because of how unique they are, she says.

“I love that it is set in kind of a fantasy version of the world where magic is hidden from the rest of the people– the muggles. I like the tone of it because it is dark mixed with comedy sometimes and so it is not any one thing so everyone can enjoy it,” Courneya said.

She did not even hesitate to shoot her hand in the air when her class was asked who likes Harry Potter. Courneya answered each question with a grin and pride for the Harry Potter fandom.

She is a fan of both the books and movies, however, she prefers the books.

“I like the books better because they go into more details than the movies and a lot of things get left out in the movies,” Courneya said.

Courneya has been a fan for quite awhile now. She became a fan when she first started reading the books in kindergarten.

To put things in perspective, at that time the first six books had been released and the first four movies had premiered on screens all over the world. The final book and sequential movie came out the following year.

Courneya chose her favorite book just as quickly as she admitted her love for Harry Potter, a major feat for any superfan.

“[My favorite book is] probably the Sorcerer’s Stone because I have read that one at least 12 times and I know all of it back to back. It is just my favorite because they are so young and little and you watch them grow up later and it is just like oh no,” Courneya said with a laugh.

Courneya also enjoys taking about the fandom with her friends.

“Me and my best friend are both really big fans of it and so we talk about it and tag each other in stuff [posts] related to it,” she said.

As for inside jokes in the fandom, Courneya is totally in on them.

“People make jabs at Neville [and his looks].Then he grows up later, so people make comparisons of other people and… call them a Neville because when they got older, they look better. So ‘a Neville’ is like a transformation,” she said.

Overall, even if you are not a book person, you should check out Harry Potter, Courneya says.

“I would recommend it to anyone because anyone can really get into it and it is not that hard to get into because all of the movies are out if you are not a book person,” Courneya said.