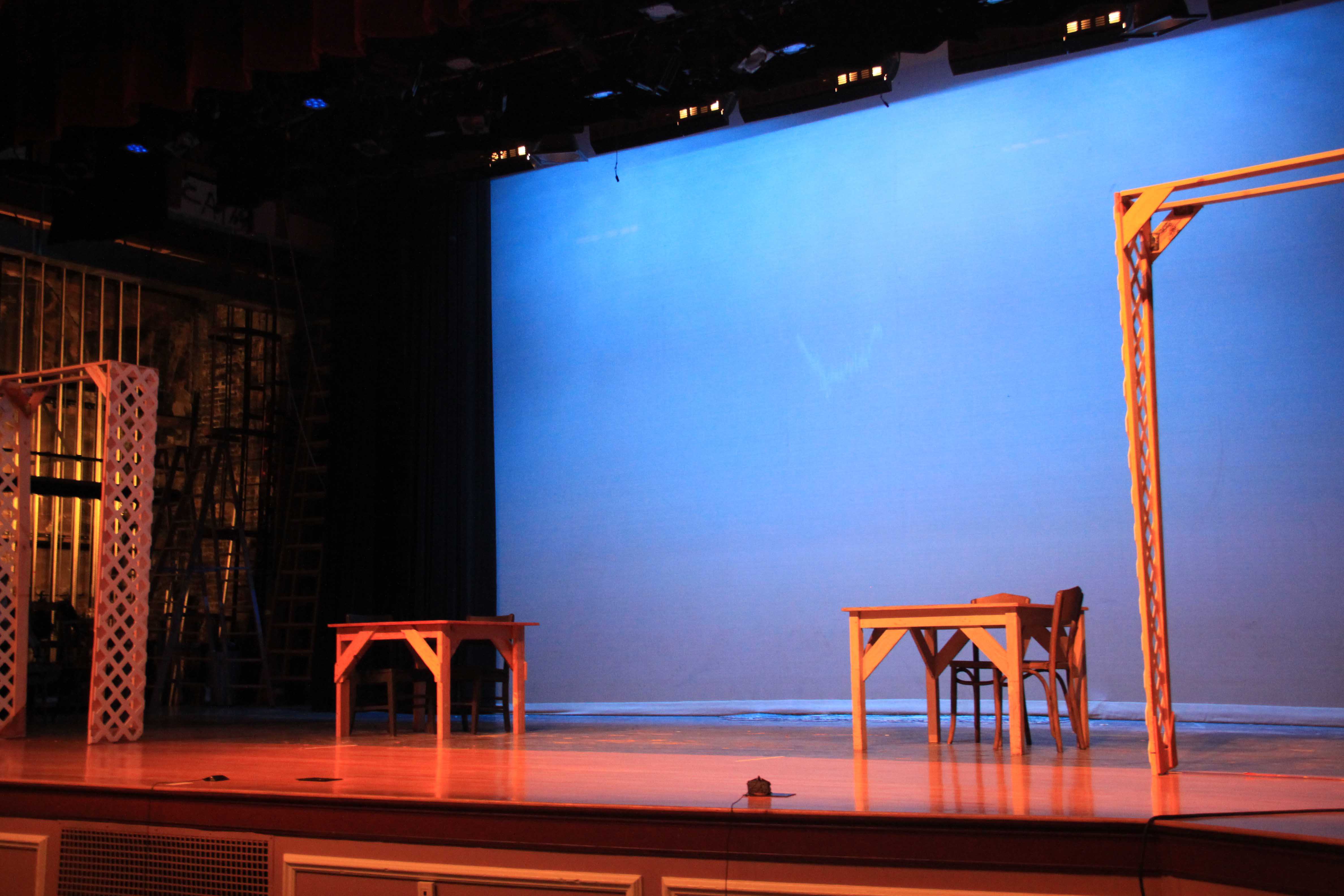 Drama Department Wraps Up “Our Town”

A single lamp burns in the center of the stark stage. Its bright glow illuminates the simple props: bare wooden tables, chairs and trellises standing alone on the clean-swept boards. The excited murmur of the audience subsides as a lone figure steps onstage to remove the lamp, signaling the beginning of the PHS Drama Department’s production of “Our Town.” Written by Thornton Wilder in 1938, the play is set in the fictional town of Grover’s Corners, New Hampshire in the early twentieth century and has enjoyed national renown.
Junior Trey Vanderkinter, who played major character Dr. Frank Gibbs in “Our Town,” offered his perception of the overarching message of the play.
“The main message is really about not taking things for granted. Emily [the main protagonist of the play] goes through this transition in life from being a little kid to getting married to dying in childbirth…in the end it is about getting rest, getting closure and not taking life for granted,” Vanderkinter said.
According to Vanderkinter, the nearly bare stage introduced a unique challenge for the actors.
“This is the first show we did without a set, and this is the first show that I have done with a limited number of props. It really made the actors act… because we had to really dig deep to find the character. You become that character and that character becomes you is how I like to think of it, because when you step onto that stage you are not yourself anymore. You are that character and your thoughts, your emotions, your expressions mirror that character…. this character [Dr. Frank Gibbs] was a lot like me. He acted a lot how I would act, so it was a lot of fun doing that,” Vanderkinter said.
The majority of the actors remained onstage for the entirety of the play, miming going about their daily activities while scenes took place in other parts of Grover’s Corners.
“The hardest part it was the fact that the actors actually sat onstage where the audience can see them. Generally we do not want to do that because we want the audience to live in the time that is on the stage. We do not want them to see us, and it was very hard to do that because of the fact that we had to sit there,” Vanderkinter said. “We could not get up, we could not move… we do not move around or talk too much because we do not want to draw the audience’s attention away from what is going on onstage.”
Vanderkinter named the third act, when the idyllic town is shaken by tragedy, as the most emotionally charged part of “Our Town.”
“The most emotional moment was definitely the whole third act, which is the funeral scene. I think the most emotional scene is Emily’s final monologue. That is the part where she says ‘goodbye, Grover’s Corners; goodbye, mama; goodbye, papa’ and it is really very sad because she is letting go. She is finally accepting that she needs closure, saying ‘I am done. I am ready to go back up the hill to my grave’ and so it is very emotional because she wants it to be over now,” Vanderkinter said. “When George comes on…and just falls down and is crying, that was very emotional for everyone. It was a tough time for everyone in Grover’s Corners and it was a tough time for George because he just lost his wife. It was as if that was what really happened and that is what you want out of a play.”

In the end it is about getting rest, getting closure and not taking life for granted.”

If you want a picture to show with your comment, go get a gravatar.