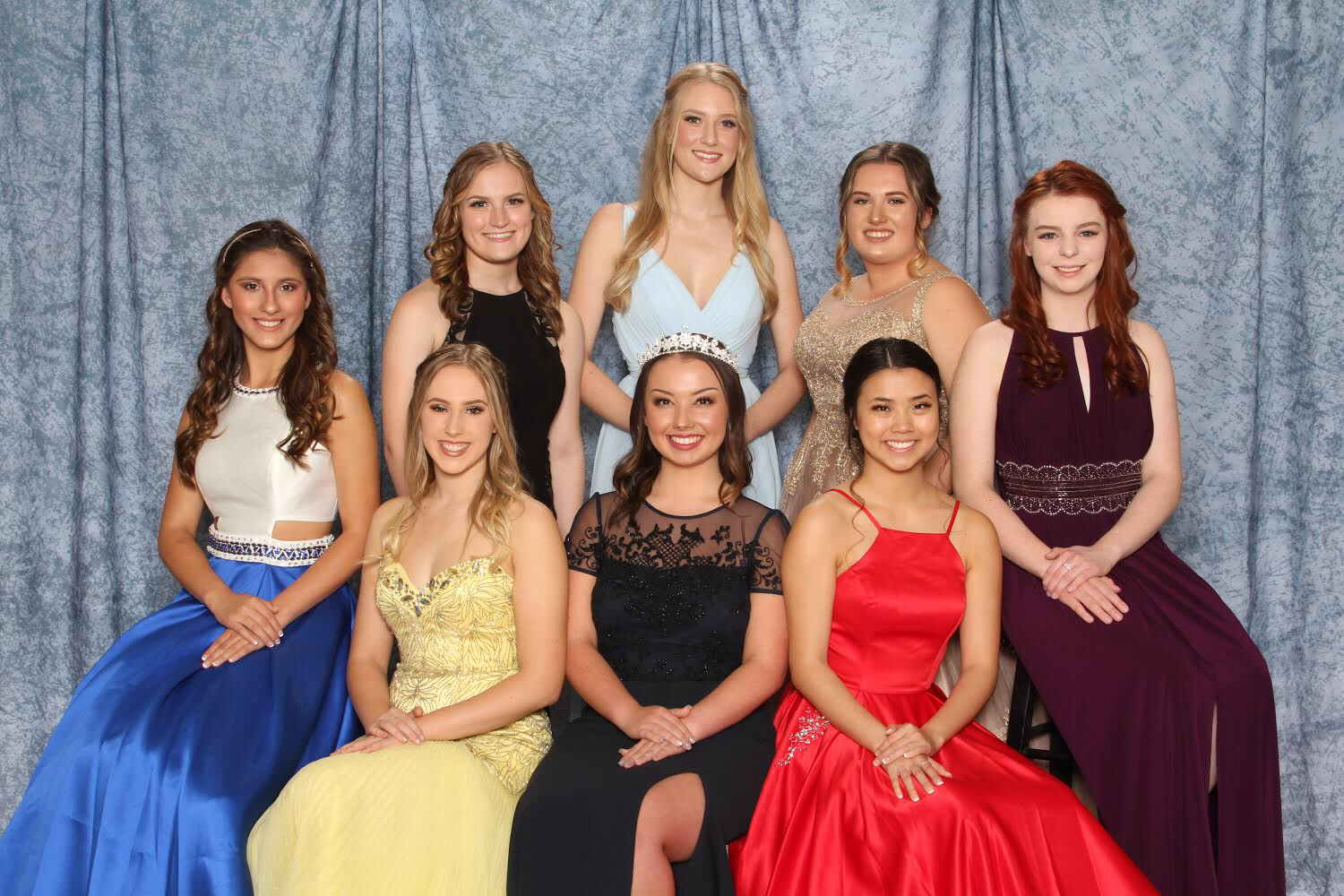 But do you think of the people that made it all happen?

Do you think about those who helped write the speeches?

Have you given any time to wonder who bought those tuxes?

What about the person who designated their time to teaching eight wild boys how to dance?

If there is any lesson that I took from being a part of the Puyallup High School Royal Court, it’s that so many people had to invest their time into the production of one event.

Lisa Ballard, the head volunteer and coordinator, has been committing countless hours of her time to the organization for many years, helping prepare every detail of the show. Without her, the court wouldn’t be as connected or the experience as sweet.

Her heart touched all of ours throughout the process, but it wasn’t until her “Try Not to Cry” speech that the Royal Court realized how much we meant to her as well. Even when I was out of my comfort zone I knew that I could trust her. I developed the courage to believe in myself knowing she believed in me.

Jane Miller, Heidi Frasier and many more volunteers who helped every girl write, edit and transform their speech into something we were confident enough to share on stage. The entire court gave amazing speeches that we were all passionate enough to tell but with their help supported enough to share in the best way possible.

Miller helped me find the words I was passionate enough to care about and bold enough to voice aloud. She assured me throughout the night that I was doing great, her neverending support fills my heart just thinking about it.

Cheryl Olson and many more volunteers who helped evaluate and critique interviews. Their advice and comments made all the difference once Selection night came. Olson’s supportive smile from the back of the room during my interview made an entire world’s difference. There wasn’t a moment I was nervous because I knew she was just a few feet away rooting for me every second.

As soon as I left the interview room the night of the show she turned to me and cried, telling me that she was proud while giving me a hug. Knowing she was more than satisfied with my interview was what got me through the rest of the night. Her approval meant everything to me and I was honored to have fulfilled it.

Willie Vestch who graduated two years ago from PHS, came back for the second year in a row to help create the dance the escorts danced to at the end of the night from scratch, even though that meant having to commute from Seattle. Without him the boys never would have had as much fun or would have ever bonded as closely. Teasing him through whispers behind stage will be a lasting memory knowing in those moments I wasn’t nervous because he was making us laugh.

Men’s Wearhouse donated all of the tuxedos the escorts wore, making sure every one of them looked and felt his best. All of the escorts who learned how to crab walk, took the time to learn their dance and answer extremely articulate impromptu questions.

Their jokes and goofiness made the process even more enjoyable during practices and less stressful the night of the show. Especially Drew Whitney, my escort, who had confidence in my abilities even when I didn’t. I’ll miss our carpools to and from practices when we got to dwell on the junior high days and reconnect a friendship that goes all the way back to fifth grade.

Sirl and everyone who helped run the show backstage and those responsible. Their work was what truly made the production a show.

Every past Royal Court member who came back to offer advice and join in on the fun. They reminded us that this experience would inspire us to want to always be a part of this process even after graduation.

The Royal Court members: Madi Graversen, Sophia Barkhurst, Erica Roloff, Amy Schuler, Kaylee Vardon and Alexa McNaughton always looked to support each other. All of their ambitions and bravery is why there was a show to put on. Not one of them have not inspired me to have more determination or to be more kind and successful.

I have learned so much from them as individuals but as a court I learned what it was like to not be bothered with the aggressive side of competition. We were a team from start to finish who applauded each other during practice and behind the theater curtains the night of.

I could go on and on about every person who made the show happen and how they have impacted me through Daffodil, but there isn’t enough words to describe how grateful I am.

Don’t be mistaken, this isn’t a “thank you” speech. This is the story of how I have come to realize that it isn’t the objects I got out of this experience that made it what it was; it’s not the crown or the title that I am most appreciative of.

It’s the people. The people who made the production successful. The people who supported all of the Royal Court as each of us took a deep breath and headed into the interview room or stepped onstage.

As I move on from this experience to an entirely new one as PHS’s Daffodil Princess, I hold these people closest to my heart. I know that without them none of the Royal Court members or I would have had such a positive experience to remember when we think about what made our senior year extra special.