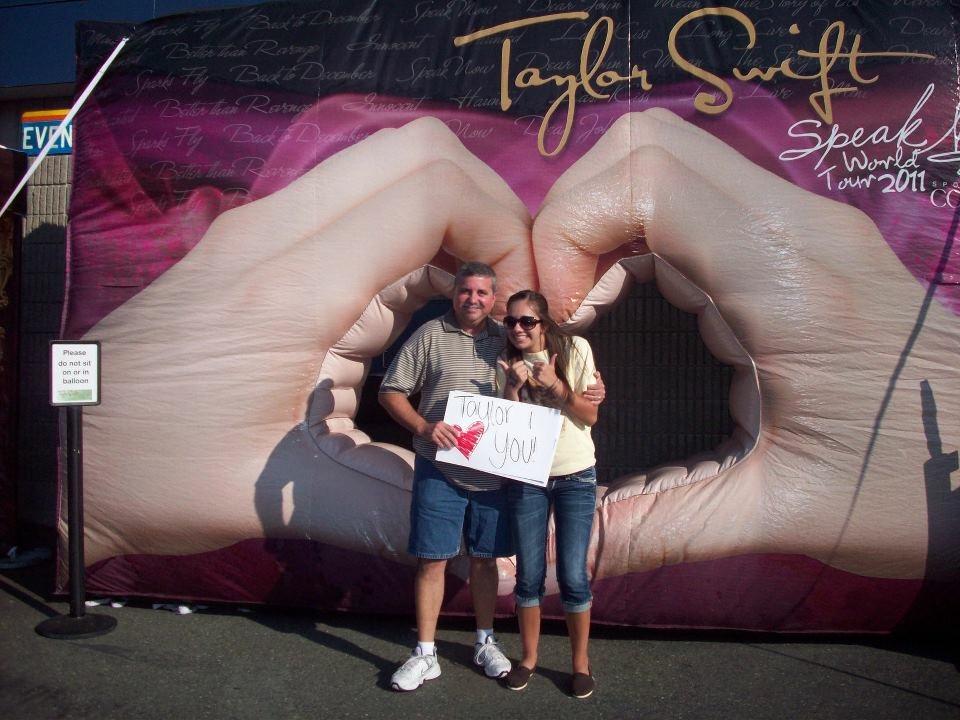 As warm tears stream down your face and screams erupt from the fans that fill the stadium, you wrap your arms around one of your favorite singers. This was the experience geometry teacher Emily Stephenson had when saw Taylor Swift in concert in 2011.

Stephenson has been a fan of Swift since the release of her first album in 2006. This was Swift’s self-titled debut album that featured her hit singles Our Song, Picture to Burn and Tim McGraw.

“I have always liked her since she started. I feel like her music is really relatable because she writes about real stuff and I just think she is a fun, really nice, caring person,” Stephenson said.

Of Swift’s five albums, Stephenson chose Red as her favorite. Without question, she named All Too Well her favorite song.

“I just think it is the most well written song she has. She is known for her breakup songs but I just think that it is such a real breakup song about how you cannot forget it,” Stephenson said.

Stephenson not only enjoys Swift’s music but the jargon and activities within the fanbase.

“Obviously, I know about  Meredith and Olivia [Swift’s cats] and 13, which is her favorite number. There is the Swiftmas thing, which she finds fans on social media and sends them presents and/or goes to their house. There is the Loft– 1989 Loft, the T-room [T-Party] from when she was on the Fearless Tour. [These are] all the secret meet and greets before and after her concerts,” Stephenson said.

Throughout the past 10 years, Stephenson has seen Swift in concert six times. She has been to every one of her tours and seen her twice at the CMA Music Festival. Watching Swift in concert makes her emotional, she says, due to its surrealness.

“It makes me cry because I love her music so much and seeing it live is just a surreal experience. She is just such a good entertainer. I really like how she always gives speeches during her concerts [because they] are really motivational,” Stephenson said.

As for speeches, Stephenson is referring to Swift’s Clean speeches, in which Swift emphasizes growing from past mistakes and treating them as something you have made it past, not something that has damaged or tarnished you.

“It is always like ‘you are awesome, love yourself, do not let anyone tell you that you are not awesome.’ It is very inspiring,” Stephenson said.

Swift’s shows are known for the theatrical performances and fans’ elaborate costumes.

“I have not dressed up like a song but at the Fearless Tour I did how she used to write lyrics on her arm did the 13 on my hand,” Stephenson said.

Stephenson’s greatest memory of seeing Swift live was during the Speak Now Tour, when she got to hug Swift.

“During the Speak Now Tour, she was walking out into the crowd and… we were the first ones [seats] not on the floor but on the sides. She walked right past us and she was high-fiving everyone but I was sobbing my eyes out, so she gave me a hug,” Stephenson said with a laugh.

Overall, Stephenson would recommend Swift’s music to anyone.

“She is amazing, she is the best songwriter ever and she is just such a sweetheart,” Stephenson said.